Kyle Gass net worth: Kyle Gass is an American singer-songwriter, musician, and actor who has a net worth of $3 million. Born in Castro Valley, California, Kyle Gass began acting when he was in elementary school, appearing in commercials. He went on to graduate from the University of California-Los Angeles, while also studying with the Actor's Gang, an L.A.-based experimental theater group.

He met Jack Black at the Actor's Gang and the two eventually formed their band, Tenacious D. A trained guitarist, he taught Jack Black how to play the guitar, and he also performs with his side project, Trainwreck, which is also the side project of his Tenacious D character, Klip Calhoun. In addition to his work with Tenacious D, he has appeared in small roles in multiple films, including, "Shallow Hal", "Saving Silverman", "Jacob's Ladder", "Extreme Movie", "Weiners", "Sex Drive", "Tenacious D and the Pick of Destiny", "Lower Learning", and "Wild Hogs". He is currently appearing in the webseries, "Guitarings". 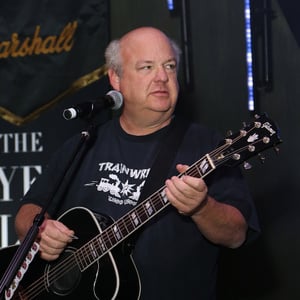