Kristian Bush Net Worth: Kristian Bush is an American multi-instrumentalist, singer and songwriter who has a net worth of $20 million. Born March 14, 1970 in Knoxville, Tennessee, Kristian Bush is best known for being the second half of the country music duo Sugarland (alongside Jennifer Nettles). He is the great grandson of A.J.

Bush (founder of Bush Brothers and Company-a family-owned company best known for its Bush's Best brand of canned beans). Bush reportedly picked up his first musical instrument, a violin, at age four. During his early years, Bush made his musical debut with his younger brother Brandon at the local Bush Beans Jamboree, performing as Dolly Parton's opening act. As a teenager, Bush became proficient enough at the guitar that he began writing original songs using the guitar as accompaniment. During his college years at Emory University in Atlanta, Georgia, Bush connected with the local music scene in Atlanta. Though Bush experienced some moderate success during his time performing with Andrew Hyra in a duo they called Billy Pilgrim, it wasn't until Bush met Jennifer Nettles and they form Sugarland that Bush became well known. Sugarland was signed to Mercury Nashville in 2003 and their first album's first release, Baby Girl, catapulted the band to stardom. Kristen Hall left the group in early 2006 and Sugarland became a duo, subsequently touring with Kenny Chesney. Bush and his wife Jill have two children, son Tucker and daughter Camille and reside in Atlanta, Georgia. Bush's brother Brandon is a former member of the band Train and also tours with Sugarland as their keyboardist. 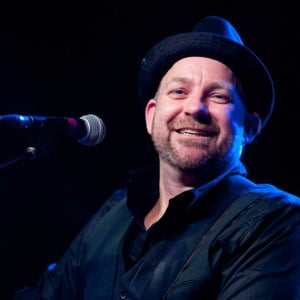