K.K. Downing Net Worth: K.K. Downing is an English semi-retired guitarist and songwriter who has a net worth of $40 million. Kenneth "K.K. Downing was born October 27, 1951 in West Bromwich, United Kingdom. He is best known as a founding member of British heavy metal band Judas Priest.

Downing says his passion for music is what got him kicked out of the house at the age of 15. He dropped out of high school and focused his energy on the guitar, soon forming a band with his high school friend Ian Hill. Downing is known for his aggressive, rock-influenced guitar solos and dual leads with fellow Judas Priest guitarist Glenn Tipton, though he incorporated various techniques into his playing over the years. As opposed to Tipton, his solos tended to have a rawer, rough-edged sound, making use of techniques like pinch harmonics, dive bomb, and tremolo picking-often focus on speed, technical accuracy and melody. Although the two would switch roles, Downing's usual job on Judas Priest songs was as the rhythm guitarist with Tipton playing solos. As the band progressed, Tipton came to increasingly dominate Judas Priest's songwriting, particularly on the more commercial tracks and Downing's role in the band started to diminish. In 1978, Tipton began to incorporate tapping into his playing, which Downing began to use as well. By 1990, both guitarists used the complex technique of sweep-picking, which is noticeable on the title track of their 1990 album Painkiller. Downing officially left Judas Priest in April of 2011. In 2012, Downing was approached by Cleopatra Records to play on the album Who Are You? An All-Star Tribute to The Who, a tribute album to the band The Who. Downing accepted and performed guitar on the opening track Eminence Front along with musicians John Wetton and Derek Sherinian. The album was released in October 2012.

In December 2013, it was announced that K.K. Downing would team up with property development financier Regentsmead and golfer Darren Clarke to build luxury residential developments on Downing's Astbury estate. 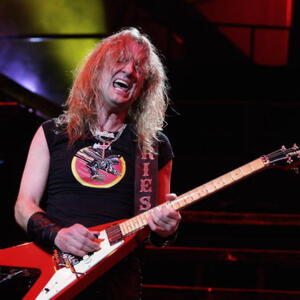