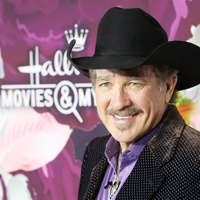 Kix Brooks Net Worth: Kix Brooks is an American country music artist, actor, and film producer best known for being one half of the duo Brooks & Dunn who has a net worth of $45 million dollars. Kix Brooks was born on May 12, 1955 in Shreveport, Louisiana where he attended Riverside Elementary, and the Sewanee Military Academy, he enrolled at Louisiana Tech University, where he was a theatre arts major. He moved to Alaska to work for his father on an oil pipeline for one summer and then returned to Louisiana Tech to finish his education. He then moved to Maine and wrote advertising for a company owned by his sister and brother-in-law. His father urged him to pursue his desire to become a musician, and Kix moved to Nashville in the early 1980s. In 1990, he and Ronnie Dunn formed Brooks & Dunn. He was one half of country music duo Brooks & Dunn. Brooks usually provided backing vocals on their songs and singles. The singles featuring Brooks on lead vocals include, "You're Gonna Miss Me When I'm Gone", which went to No. 1, "Lost and Found," "Rock My World (Little Country Girl)," "Mama Don't Get Dressed Up for Nothing," "South of Santa Fe" and "Why Would I Say Goodbye." On August 10, 2009, Brooks & Dunn announced to their fans, via their website that they intended to disband after 20 years of touring. Brooks is currently host of radio's "American Country Countdown".