What is Kirk Hammett's net worth?

Kirk Hammett is an American songwriter and guitar player who has a net worth of $200 million. Kirk Hammett is most famous for being the lead guitarist for the highly successful heavy metal band Metallica.

Kirk Hammett was born in San Francisco on November 18, 1962. He was raised in the town of El Sobrante, California. His mother is of Filipino descent and his father was part German, Irish, English and Scottish. He attended De Anza High School in Richmond, California right across the bay from San Francisco. His classmate at De Anza High was Les Claypool, future founding member of the band Primus. Kirk and Les were friends in school and remain close to this day.

He was introduced to music by his older brother Rick's music collection which included albums from Led Zeppelin, UFO and Jimi Hendrix among others. He first picked up a guitar at age 15.

In 1979, at the age of 16, he joined formed a thrash metal band which he called Exodus. Kirk stayed in Exodus until 1983. Also during this time, Kirk began taking private solo lessons with fellow Bay Area musician (and future guitar God) Joe Satriani.

Metallica was formed in October of 1981 by lead singer James Hetfield and drummer Lars Ulrich. Exodus and Metallica had played many shows together in the fledgling Bay Area thrash metal scene. Metallica released its first album "Kill 'Em All" in 1983. Unfortunately, the band's original guitar, Dave Mustaine, was struggling with substances and on April 11, 1983 was fired from the group. On the same day Mustaine was fired, Kirk received a phone call from James and Lars inviting him to fly to New York (where the band was recording) to audition. Despite having never left California, Kirk scraped together money for a plane ticket. The first song played during the audition, "Seek and Destroy", features an onerous guitar solo. Hetfield would later say that Kirk nailed the solo  in the first take and from that point they knew he was their guy.

Over the next three decades, Metallica would go on to become one of the most-successful rock groups in music history. Certainly the most successful heavy metal group. As of this writing, the band has sold more than 125 million albums worldwide. They are still one of the highest-earning bands in the world when they tour. In a given touring year, Metallica is known to gross $70-100 million between ticket sales, merchandise and royalties. 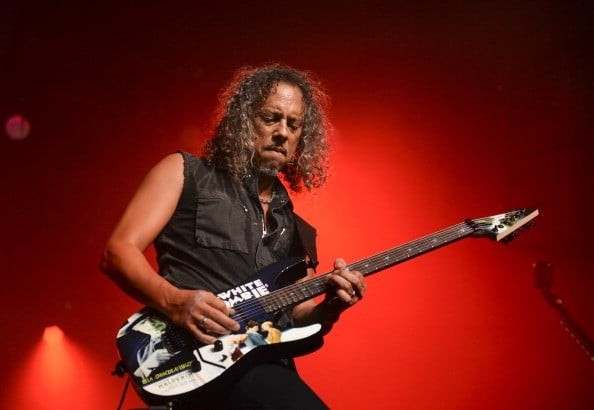 Kirk has written a number of what are now considered classic guitar riffs for the group, including one for "Enter Sandman" which would become the group's biggest mainstream hit.

In 1986 while touring in Europe to support the album "Master of Puppets", Kirk and bassist Cliff Burton got into a fight over sleeping arrangements in the tour bus. The settled the dispute with a card draw where whoever had the highest draw would get the superior bunk at the back of the bus. Burton wont the contest by drawing the Ace of Spades. Tragically, in the early hours of the morning the next day while driving through Sweden, the bus slid off the road and overturned. Burton was thrown from the bus through his bunk window and then the bus fell on top of his body, killing him instantly.

Kirk is a lifelong fan of the horror genre. In 2012 he released a photo collection book showing off his passion for monster movies and horror memorabilia. His horror collection includes Bela Lugosi film costumes, many original horror movie posters, props and much more.

In 2014 he launched what has become an annual horror convention called Kirk Von Hammett's Fear FestEvil.

Kirk owns (and has owned) a number of impressive homes primarily in the San Francisco area.

In 1993 he spent $2.56 million on a large mansion in San Francisco's wealthy Pacific Heights neighborhood. Designed in 1899, the 10,000 square-foot home has eight bedrooms, seven bathrooms, billiards room, music studio and a 2,000-bottle wine cellar. Kirk attempted to sell the house in 2006 for $12.5 million but did not find a buyer. It finally sold in December 2009 for $7.6 million.

In 2005 he spent $5.7 million on a home in an ultra-luxurious area of San Francisco called Sea Cliff for $5.7 million. In 2010 he bought the home next door for $8 million, hoping to build a mini-compound. Those plans never materialized so he eventually put both homes on the market. He sold his original home in March 2018 for $12.8 million. He sold the second home in February 2019 for $11.7 million. That's a $10.8 million combined profit.

Kirk also owns a ranch somewhere north of San Francisco which viewers see during the documentary "Metallica: Some Kind of Monster". He owns the ranch through a trust and it's exact location is hard to pinpoint. 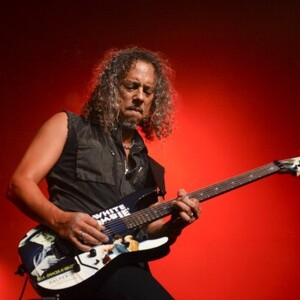