Kim Thayil net worth: Kim Thayil is an American guitarist who has a net worth of $30 million dollars. Kim Thayil was born in Seattle, Washington, and grew up in Park Forest, Illinois. He met fellow musician, Hiro Yamamoto while in high school. They then both moved to Washington. While he was studying philosophy at the University of Washington, he became friends with fellow musician and classmate, Chris Cornell. Cornell, Thayil, and Yamamoto formed the band, Soundgarden, in 1984. The group went on to be massively successful, and released five albums. Three of their albums went multi-platinum, and they won two Grammy Awards. He wrote a number of the group's songs, including, "Hunted Down", "Flower", "Hands All Over", "Jesus Christ Pose", and "Superunknown". After the group disbanded in 1997, he guest performed with a number of other groups, including Presidents of the United States of America and Ascend. He also formed his own punk band called, No WTO Combo. Soundgarden reunited in 2010, and released their first studio album in 16 years in November of 2012. Tragically, Kim's longtime band mate Chris Cornell committed suicide in May 2017. 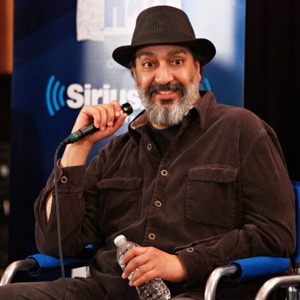