Kim Deal net worth: Kim Deal is an American singer, songwriter, and musician who has a net worth of $3 million. Kim Deal was born in Dayton, Ohio in June 1961. She is best known for being the former bassist and background vocalist for the alternative rock band Pixies as well as the lead vocalist and rhythm guitar player for the band The Breeders. 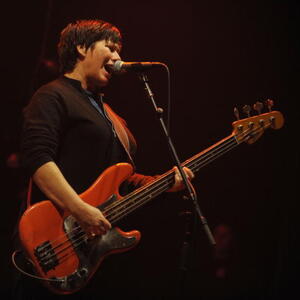