What is Kid Rock's Net Worth?

Kid Rock is an American multi-instrumentalist, music producer, and actor who has a net worth of $150 million. Kid Rock is known for his genre-defying music, which sometimes encompasses elements of rock, hip-hop, and country. Kid Rock takes full control of the production process, and he is a multi-instrumentalist who can personally add to his music in a number of different ways. With outspoken political views, Kid Rock is also famous for his controversial actions and statements.

Kid Rock's real name is Robert James Ritchie. He was born on January 7th of 1971 in Romeo, Michigan. His father was a successful car dealership owner, and Robert Ritchie grew up on a large estate. As a child, Ritchie did farmwork for the family such as picking apples and tending to the horses.

Before Ritchie was ten years old, he became passionate about hip-hop music. He taught himself how to rap, DJ, and breakdance. Eventually, Kid Rock would go on to learn a number of different instruments, allowing him to play every single instrument in his backing band during recording sessions.

Kid Rock began his career as a member of The Beast Crew during the 80s. At the age of 17, Kid Rock signed with Jive Records and released the 1990 album Grits Sandwiches for Breakfast. After the success of his debut album, Kid Rock became one of the biggest rappers in Detroit and toured with artists such as Ice Cube and Too Short. Eventually, he was dropped by Jive Records.

In 1992, Kid Rock signed a new deal with Continuum Records and collaborated with the Insane Clown Posse. In 1993, he switched to a more rock-focused sound with his second album, The Polyfuze Method. This ultimately led to the creation of Kid Rock's backing band, Twisted Brown Trucker. 1996's Early Mornin' Pimp was another example of Kid Rock's shift towards rock music. In 1997, he signed a new record deal with Atlantic Records.

By this point, Kid Rock had fully refined not only his "rock-rap" sound, but also his stage persona. His next album, Devil Without a Cause, proved to be a major hit. Solid promotional tactics and the popularity of the single "Bawitdaba" led to over 15 million units sold worldwide. The album later achieved diamond status.

After appearing in a range of TV shows and films, Kid Rock released a self-titled album in 2003. Once again, the album marked a continuation in the shift away from hip-hop and towards rock music. Rock N Roll Jesus was Kid Rock's seventh album, and it charted at number one on the Billboard Top 200 – a first for Kid Rock's career. By 2010, Kid Rock had started to shift from rock towards country music with albums like Born Free. He followed up in 2012 with the album Rebel Soul.

Towards the end of the 2010s, Kid Rock released the album Sweet Southern Sugar and the greatest hits compilation Greatest Hits: You Never Saw Coming. In 2020, Kid Rock went back to his hip-hop roots with the single "Quarantine," published under his alter-ego Bobby Shazam. All proceeds from sales of the single were donated to Covid-19 relief efforts. 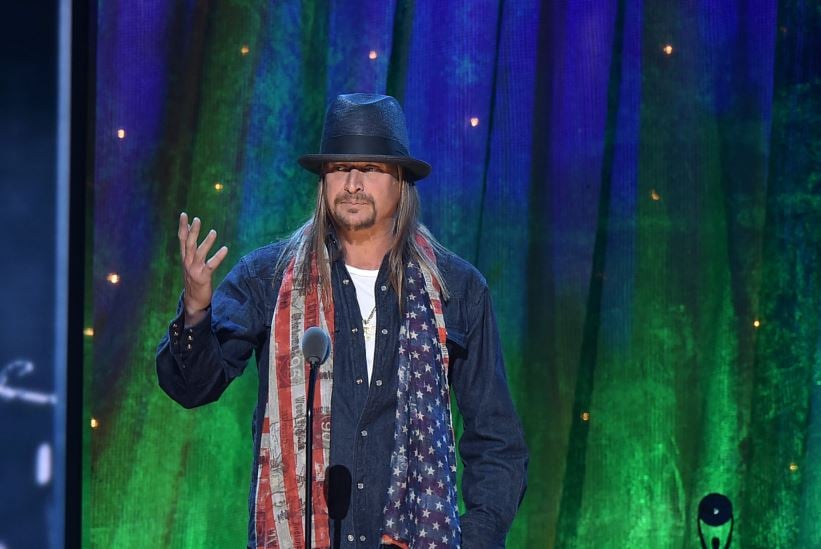 Kid Rock met Kelly South Russell in eighth grade, and what followed was a ten-year relationship with plenty of ups and downs. Although Kelly South Russell gave birth to Kid Rock's son in 1993, he later discovered that his partner was raising a child whom she had with another father. This revelation led to their split, and Kid Rock raised his son as a single father from 1993 onward.

In 2000, he started dating a model named Jaime King. Next year, he started dating Pamela Anderson. Although Kid Rock was initially engaged to Pamela Anderson, they ended their relationship in 2003. However, the two eventually married in 2006, only to split up once again when Anderson miscarried with Kid Rock's child. In 2017, he and his girlfriend Audrey Berry became engaged.

Kid Rock has become well-known for his political views. He identifies as a Republican and has supported various Republican candidates over the years. That being said, Kid Rock has Libertarian leanings and supports freedom on things like abortion and gay marriage. In terms of economics, he has conservative views.

In 2017, Kid Rock appeared to toy with the idea of running for Senate. His statements on social media were met with befuddlement from some media sources, while various Republicans supported the idea of a Kid Rock candidacy. Later in 2017, he finally revealed that he never actually intended to run for Senate and that it was all part of a joke.

Throughout his career, Kid Rock has used the Confederate Flag during concerts and events. In 2011, he officially stopped using the flag after accusations of racism. In 2016, he made disparaging comments towards Colin Kaepernick during a concert. In 2019, he was filmed at his restaurant making a long, intoxicated rant about numerous subjects, including Oprah Winfrey. Once again, Kid Rock was accused of racism.

Over the course of his career, Kid Rock has become involved in various charity organizations. He started the Kid Rock Foundation, an organization that raises money for various charities, including outreach programs for U.S. soldiers stationed overseas. He also performed during the Hurricane Katrina benefit concert and toured for the United Service Organizations.

In a rural suburb one hour outside of Detroit he owns a multi-property equestrian compound. He listed this property for sale in August 2020 for $2.2 million. He also owns a lakefront mansion in a different Detroit suburb.

He also owns a 70-acre property in the Nashville suburbs and an oceanfront home in Jupiter, Florida which he acquired for $3.2 million. 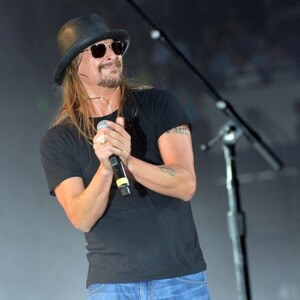