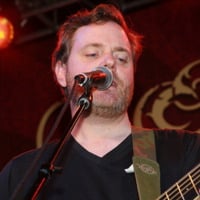 Kevin Hearn net worth: Kevin Hearn is a Canadian musician who has a net worth of $7 million. Kevin Hearn was born in Grimsby, Ontario, Canada in July 1969. He is the keyboardist for the band Barenaked Ladies. Hearn also has his own band called Kevin Hearn and Thin Buckle and played for the band Rheostatics. He joined Barenaked Ladies in 1995 replacing Andy Creeggan. Hearn has played on the band's albums Born on a Pirate Ship in 1996, Stunt in 1998, Maroon in 2000, Everything to Everyone in 2003, Barenaked for the Holidays in 2004, As You Like It in 2005, Barenaked Ladies Are Me in 2006, Barenaked Ladies Are Men in 2007, Snacktime! in 2008, All in Good Time in 2010, Grinning Streak in 2013, Silverball in 2015, Ladies and Gentlemen: Barenaked Ladies and the Persuasions in 2017, and Fake Nudes in 2017. Kevin Hearn and Thin Buckle formed in 2000 and has released the albums H-Wing in 2001, Night Light in 2004, The Miracle Mile in 2006, and Havana Winter in 2009. Hearn has also released five albums with Rheostatics, four albums with Look People, and three solo albums.