What is Kevin DuBrow's Net Worth?

Kevin DuBrow was an American rock singer who had a net worth of $10 million at the time of his death in 2007. DuBrow is best remembered as the former lead singer of the metal band Quiet Riot, which was first active between 1975 and 1987. The band then got back together again in 1993, and he continued to perform with the group until his passing in 2007.

Kevin's younger brother Terry Dubrow would go on to become a highly successful and famous plastic surgeon. Terry and his wife Heather Dubrow have starred in a number of reality television shows.

Kevin Mark DuBrow was born on October 29th of 1955 in Hollywood, California. Raised alongside his younger brother Terry in a Jewish household, Kevin earned the nickname "Butch" as a small boy and eventually settled with his family in the LA neighborhood of Van Nuys. When he was still very tongue, DuBrow learned how to play a 12-string guitar and created his first band with a group of 11-year-old friends.

During his teen years, Kevin was influenced by bands like Queen, Rod Stewart, and Humble Pie. However, he idolized singer Steve Meriott more than any other, and he strived to match his success with his own career. While Kevin was planning out his future as a rock star, he was also getting involved with the local scene as an amateur photographer. During his teen years, he attended rock concerts and took photos of his favorite rock stars. These included Jeff Beck, Robin Trower, and Mott the Hoople. In fact, DuBrow was so successful as a photographer that he began selling his photos to various rock magazines, including "Rock" and "Guitar Player."

However, it wasn't long before Kevin realized that he wanted to be more than just a rock and roll photographer. He wanted to be a rock and roll star. He then began to take his music career more seriously – although he never lost his mischievous side. He was known throughout his teen years for making prank calls to his friends. 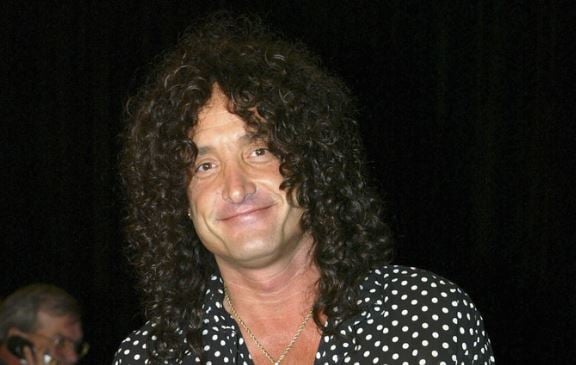 Quiet Riot officially formed in 1975 with big names like Randy Rhoads, the masterful guitarist who eventually joined Ozzy Osbourne's band before his untimely passing. Rhoads and the other members soon recruited DuBrow, and the group performed together until Randy left in 1979. During this time, they released their debut album, "Quiet Riot." They then followed up with a second album entitled "Quiet Riot II" in 1978. After Rhoads' departure, the band continued for a brief time with a new lineup featuring Chuck Wright, Frankie Banali, Tony Cavazo, and Carlos Cavazo.

After Rhoads died in 1982 due to a tragic plane crash, the group changed their name back to Quiet Riot and released their breakthrough album, "Metal Health." This album was known for containing hits like "Cum On Feel the Noize" and "Mama Weer All Crazee Now." Quiet Riot then became the first-ever band to have a heavy metal album top the charts in the United States. However, DuBrow was eventually fired from Quiet Riot in 1987. The truth was that he was disliked by the other members of the band from the very beginning, and he was never the first choice of Rhoades, who led the band both musically and visually.

After his departure from Quiet Riot, Kevin formed a new record label and wrote a track that was featured on the soundtrack of the movie "Switch." He later formed a new band called Heat, which eventually renamed itself Quiet Riot. This was a new band, but it had a few of the old members from Quiet Riot, and it toured extensively throughout the 90s. The group also released four new albums, including 2001's "Guilty Pleasures." In 2006, they followed up with another album entitled "Rehab." During this period, Kevin also released his first solo album, "In for the Kill."

Outside of his work as a musician, Kevin acted as a morning DJ for a rock radio station in Las Vegas.

On November 25th of 2007, Kevin's body was discovered in his Las Vegas home. His closest friends and family members had been trying to contact him for days unsuccessfully, and he had unexpectedly failed to attend a Thanksgiving dinner hosted by his close friend, Glenn Hughes. Hughes later stated that Kevin was trying to make "lifestyle changes" prior to his death – implying that he was attempting to get sober.

The cause of death was later determined to be a fatal overdose. Medical examiners found evidence of cocaine, painkillers, and alcohol in his system, suggesting that a combination of these drugs had led to his passing. He was discovered a full six days after he had died. Quiet Riot members immediately gave their condolences, and DuBrow was eventually buried in Corona del Mar.

Some observers believe that Kevin's family members inherited a significant portion of his wealth after his passing. The most obvious recipients would be his younger brother Terry, who at one point claimed that Kevin had paid for his entire medical education. Terry is of course known for co-hosting reality plastic surgery shows like "The Swan," "Botched by Nature," and "Botched." He also appeared frequently on "The Real Housewives of Orange County." 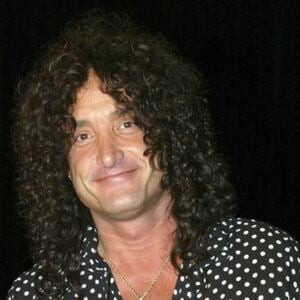