What is Kenny Loggins's Net Worth?

Kenny Loggins is an American singer/songwriter and guitarist who has a net worth of $16 million. Loggins is perhaps best known for music produced with his Nitty Gritty Dirt Band in 1970s (which led to seven Loggins and Messina albums from 1972-1977), his solo music work, and especially for his motion picture soundtrack contributions in movies like "A Star Is Born" (1976), as well as his Academy Award nominated musical contributions for "Top Gun", starring Tom Cruise, and "Footloose", starring Kevin Bacon.

Kenny's net worth took a major hit between 2000 and 2010 in the wake of several financial hurdles. First up, the unexpected divorce from his second wife Julia Cooper was reportedly very costly to Mr. Loggins. Secondly, Cooper, a former colon therapist, and Loggins also reportedly were involved in what would later prove to be a multi-level-marketing scam called Equinox. In addition to being a pitchman, Loggins also reportedly invested a chunk of his net worth into Equinox, all of which likely vanished. The founder of Equinox would later agree to shutter the organization and refrain from operating an MLM in the future. Finally, the 2008/2009 financial crisis was another hurdle that did not come at an opportune time for the musician. He has since recovered, continues to perform and earn royalties on a catalog that is probably more popular today than it has been in three decades.

Kenny Loggins was born January 7, 1948 in Everett, Washington and he is the youngest of three brothers. Lina, his mother, was a homemaker, and his father, Robert George Loggins, a salesman. His family lived in Detroit before eventually settling in Alhambra, California.

Kenny Loggins went to San Gabriel Mission High School and graduated in 1966. Immediately he began exploring his interest in (and passion for) music, forming his first band, called The Second Helping. They would release three singles from 1968-1969 with Viva Records. Loggins' early efforts have been described as "punky folk-pop".

Loggins would go on to have a brief turn playing guitar for the New Improved Electric Prunes before he began working with the Nitty Gritty Dirt Band.

Loggins continued to explore music in the '70s when he was performing and writing a lot of ballads as part of the duo Loggins and Messina (with fellow musician Jim Messina).

The famous duo recorded a number of compositions created by Loggins — he often wrote tracks in the living room of Messina's own home. Columbia Records ended up signing Loggins (with a little assistance from Messina) to a six-album contract. Recording under Columbia began and Loggins put out his debut album — Messina performing in the producer role. On his initial album Loggins brought in his Kenny Loggins Band (which included Larry Sims at bass, drummer Merel Bregante, not to mention violinist/multi-reedist Al Garth, and Jon Clarke).

Later Loggins and Messina studio albums often entailed Loggins and Messina working as two solo artists, sharing the same record in lieu of having any sort of creative/collaborative partnership. Both have expressed sentiment that the collaboration resulted in something more of a competition, in the end.

After leaving Loggins and Messina, Kenny would go on to release a string of very successful solo albums including "Celebrate Me Home", "Nightwatch" (which included the hit "Whenever I Call You Friend"), and "Keep the Fire".

His later solo albums did not sell as well (and started to be completed less frequently) throughout the '80s, with efforts like 1991's "Leap of Faith", 1997's "The Unimaginable Life" and 1998's "December", finding favor primarily in adult contemporary circles. In 1994, he recorded a children's album, Return to Pooh Corner, and released its sequel, More Songs from Pooh Corner, in early 2000.

Loggins would reunite with Messina in 2005 for a successful tour, album, and concert video, and in 2007, Loggins released "How About Now", his first new solo album in four years. It was followed by "All Join In" in 2009. Now in his third decade of making popular music, Loggins continues to occasionally tour and record. He is a member of Blue Sky Riders, a country music trio also featuring writers/artists Gary Burr and Georgia Middleman. Blue Sky Riders released their debut album, "Finally Home", on January 29, 2013. 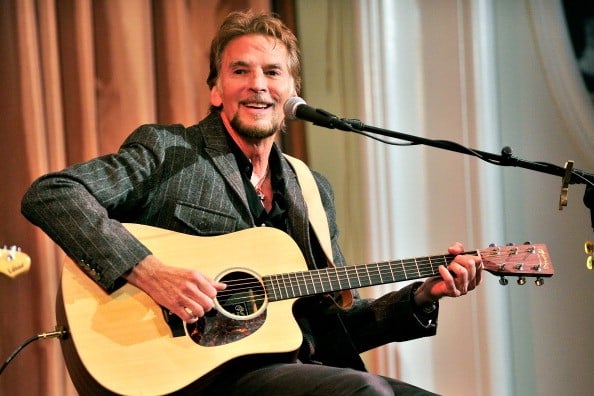 It's no secret that Loggins also became somewhat of a movie hit maker, known as the king of the movie soundtrack song as a matter of fact, scoring Top Ten hits with "I'm Alright" (from Caddyshack), "Footloose" (from Footloose), "Danger Zone" (from Top Gun) and "Nobody's Fool" (from Caddyshack II).

Loggins participated in the USA for Africa, helping assist in recording "We Are the World" for the benefit. His later solo albums did not sell as well (and came less frequently) throughout the '80s, with efforts like 1991's Leap of Faith, 1997's The Unimaginable Life and 1998's December, finding favor primarily in adult contemporary circles. In 1994, he recorded a children's album, Return to Pooh Corner, and released its sequel, More Songs from Pooh Corner, in early 2000. Loggins also made an appearance and performed the song "Footloose" in Philadelphia for the July 13, 1985 Live Aid famine-relief charity concert which resulted in a global television broadcast.

Kenny was married to Eva Ein from 1978 to 1990. They had three children including Crosby Loggins (their oldest) who became a musician and even won the MTV reality show "Rock the Cradle".

In 1992 Kenny married his one-time colon therapist, Julia Cooper. They have two children together before divorcing in 2004. Kenny would later admit that he was blindsided by Julia's decision to leave. Furthermore, the divorce reportedly was very costly to Kenny. Within a few years, the combination of the divorce and the global financial crisis had an extremely negative impact on Kenny's net worth. 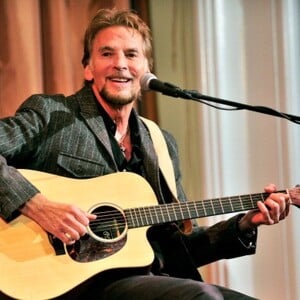