Kenney Jones Net Worth: Kenney Jones is an English musician who has a net worth of $20 million. Born Kenneth Thomas Jones in 1948 in Stepney, London, England, Kenney Jones was an original member of the rock band Small Faces, which formed in 1965. The band was active until 1969 with hits such as "Tin Soldier", "Sha-La-La-La-La-Lee", and "All or Nothing" before they broke up.

Despite their few years in existence, the band is considered one of the most influential in history, earning a plaque from the Westminster Council in 2007. Their 1968 release "Ogdens' Nut Gone Flake" is considered one of the best English albums of all-time. In 1978, Jones joined The Who to replace Keith Moon after his drug overdose death. Jones was part of the albums "It's Hard" and "Face Dances" with the group. He toured with The Who from 1979 until 1982 and performed at the 1985 Live Aid concert. In 2014, Jones played with the group once again for a prostate cancer benefit. Jones has also appeared with The Law and The Jones Gang, and has collaborated with artists such as the Rolling Stones, Jerry Lee Lewis, Pete Townshend, and Chuck Berry. Jones was inducted into the Rock and Roll Hall of Fame with Small Faces in 2012. He is married to model Jayne Andrew and has six kids. 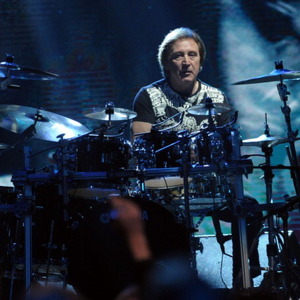