Ken Casey Net Worth: Ken Casey is an American musician, singer, and songwriter who has a net worth of $600 thousand. Ken Casey was born in Milton, Massachusetts in April 1969. Casey is best known for being one of the original members of the Boston Celtic punk band Dropkick Murphys. He is the only originally member left in the band. Casey is known for his punk rock bass playing and his melodic vocal parts. He studied at the University of Massachusetts Boston. Dropkick Murphys were formed in 1996 and signed to Hellcat Records. Their debut studio album Do or Die was released in 1998. The band has released eight studio albums with their latest two, Going Out in Style in 2011 and Signed and Sealed in Blood being the most successful. Both albums reached the Top 10 on the Billboard 200 chart and also charted in Austria, Australia, Belgium, Finland, Germany, the Netherlands, Sweden, and the UK. Their singles "I'm Shipping Up to Boston" and "The State of Massachusetts" both reached #1 on the Bubbling Under Hot 100 Singles chart. "I'm Shipping Up to Boston" was also featured in the 2006 Academy Award winning film The Departed and became their only Platinum selling single. Dropkick Murphys signed with Warner Bros. Records in 2007. In October 2014 Casey announced that he was co-hosting a fundraiser for Republican gubernatorial candidate Charlie Baker. 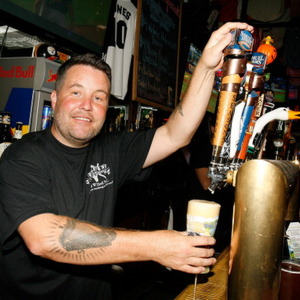