Kelly Keagy net worth: Kelly Keagy is an American drummer and vocalist who has a net worth of $10 million. Kelly Keagy was born in Glendale, California in September 1952. He is best known for his work with the band Night Ranger. Keagy sang lead and backing vocals and played drums and percussion for the band. Their debut studio album Dawn Patrol was released in 1982 and reached #38 on the Billboard 200 chart. The band's album Midnight Madness in 1983 reached #15 and was certified Platinum and their 1985 album 7 Wishes reached #10 and was also certified Platinum. Night Ranger's 1987 album Big Life reached #28 on the Billboard 200 and they went on to release the albums Man in Motion in 1988, Feeding off the Mojo in 1995, Neverland in 1997, Seven in 1998, Hole in the Sun in 2007, Somewhere in California in 2011, and High Road in 2014. Their best known single "Sister Christian" reached #1 in Canada and #2 on the U.S Rock chart and #5 on the Billboard Hot 100 chart. Keagy has released two solo albums and one with the band The Mob. 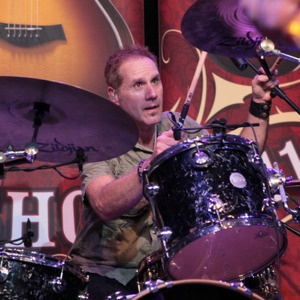