Keith Strickland net worth: Keith Strickland is an American musician, singer, songwriter, and composer who has a net worth of $5 million. Keith Strickland was born in Athens, Georgia in October 1953. He is best known for being a founding member of the band The B-52s. The band formed in 1976 with Keith playing drums before switching to guitar after Ricky Wilson passed away.

The band released their self-titled debut studio album in 1979 to some success. They released the albums Wild Planet in 1980, Whammy! in 1983, and Bouncing off the Satellites in 1986. Their album Cosmic Thing was released in 1989 and reached #1 in Australia and New Zealand as well as #4 in the US and #8 in the UK. The B-52s also released the successful albums Good Stuff in 1992 and Funplex in 2008. Their single "Love Shack" reached #1 in three countries and #3 in the US. He retired from touring in 2012. 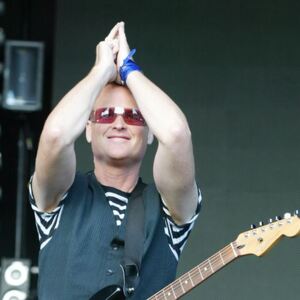