What is Keith Richards' Net Worth?

Keith Richards is an English musician, singer, songwriter and record producer. Keith Richards has a net worth of $500 million. He is best known as the co-founder, guitarist, secondary vocalist, and one of the songwriters for The Rolling Stones. As of this writing, The Stones have sold more than 200 million records worldwide. The band still tours consistently to this day, nearly every year. For example, in 2018 the band earned $117 million off just 14 shows. Keith and band mate Mick Jagger have written nearly all of the bands' original music.

Richards was born on December 18, 1943 in Dartford, Kent, England, as the only child to parents Doris Maud Lydia (née Dupree) and Herbert William Richards. His maternal grandfather, Augustus Theodore "Gus" Dupree, was also a musician. He toured Britain with his jazz big band, Gus Depree and His Boys, and it was him that nurtured Richards' interest in music, the guitar in particular. Dupree was the one who gave Richards his first guitar.

Richards was childhood friends with Mick Jagger, as the pair attended Wentworth Primary School together. They were even neighbors until the Richards family moved in 1954. Eventually, several years later, the pair reunited when Richards ran into Jagger on a train as Jagger headed to classes at the London School of Economics. Jagger was carrying albums from Chess Records by Chuck Berry and Muddy Waters, and the pair rekindled their friendship over their shared musical interests. They also shared a mutual friend, Dick Taylor. Richards had met Taylor while at Sidcup Art College, and Jagger knew Taylor from the amateur band they were in, Little Boy Blue and the Blue Boys, which Richards joined soon thereafter. The Blue Boys ended after Brian Jones invited Jagger and Richards to the Bricklayers Arms pub, where they met Ian Stewart and bonded over their shared interest in blues music.

Since Jones' departure from the band in 1969, Jagger and Richards have shared the primary songwriting and production duties for the band, for which they are credited as "the Glimmer Twins". Richards has also been called the bandleader of The Stones by former member Ian Stewart. Unlike in other bands, where the drummer sets the pace, Richards and his guitar fill that role instead. The Rolling Stones have released over 100 albums over their long career, including 30 studio albums, and performed more than 2000 concerts globally. 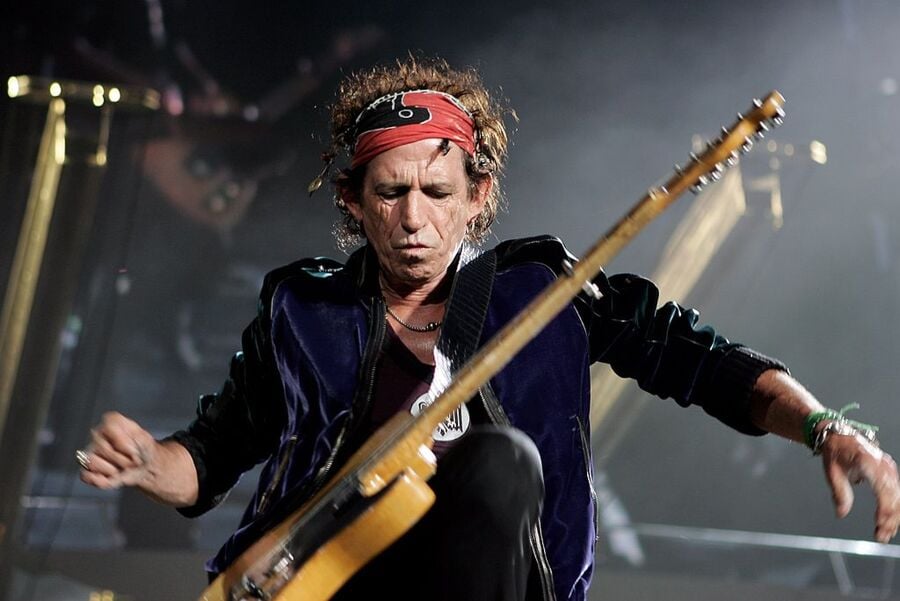 Solo Career and Other Ventures

Outside of The Rolling Stones, Richards has pursued several solo projects. His first solo single, a cover of Chuck Berry's "Run Rudolph Run", was released in 1978. After Jagger pursued a solo career in 1987, Richards formed the group the "X-Pensive Winos" with co-writer and co-producer Steve Jordan. The first Winos record, "Talk Is Cheap", has gone gold since its release, and was followed by the first of Richards' solo American tours. The Winos' second album, "Main Offender", was released in 1992, also followed by a tour. Despite the Winos being a group effort, with Waddy Wachtel (guitarist), Bobby Keys (saxophonist), Ivan Neville (keyboardist) and Charley Drayton (bass) in addition to Steven Jordan, both records are credited to Richards as a solo artist. Richards' third studio album was released in September 2015, named "Crosseyed Heart".

Richards is not only an accomplished musician, but a widely recognized producing talent as well. Aside from his production efforts for The Stones alongside Jagger, Richards has accumulated many production and co-production credits on projects with artists such as Aretha Franklin, Johnnie Johnson, and Ronnie Spector. He even has his own record label, Mindless Records, where he released the track "Wingless Angels" in 1997, a track which he co-produced.

In addition to music, Richards had a brief foray into the world of acting. After Johnny Depp states that his characters in the "Pirates of the Caribbean" movie franchise is loosely based on Richards and the Warner Bros. cartoon character Pepe Le Pew, Richards played the role of Captain Edward Teague in the third installment of the series, "At World's End" (2007). He later reprised his role in the 2011 fourth installment, "On Stranger Tides".

Richards has a certain reputation for illicit drug use, stemming back in part to a series of drug busts during the late 1960s and 1970s, as well as his own open expression of his use of heroin, among other substances. He has been tried on drug-related charges five times: once in 1967, twice in 1973,  once in 1977, and once in 1978. In 2016, he stated that he still occasionally drinks alcohol and consumes cannabis.

From 1967 to 1979, Richards was romantically involved with Italian-born actress Anita Pallenberg. The couple have a son, born in 1969, and a daughter, born in 1972. Their third son passed away just over two months after his births of sudden infant death syndrome on June 6, 1976.

Real Estate and Other Assets

Richards has a collection of approximately 3,000 guitars. He owns multiple properties, including Redlands, a Sussex estate he bought in 1966. for 313,000 pounds. Actress Cate Blanchett purchased a nearby property in the East Sussex area for $4.68 million. Richards owns a home in Weston, Connecticut, which is his primary residence, and a property on the private resort island Parrot Cay, in the Turks and Caicos Islands. 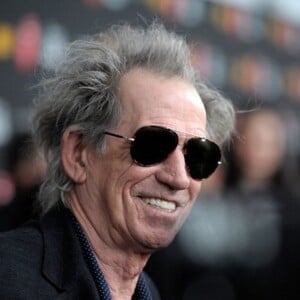