Kathy Valentine net worth: Kathy Valentine is an American musician and songwriter who has a net worth of $8 million. She is best known for being a member of the Go-Go's.

Kathy Valentine was born in Austin, Texas in January 1959. She plays guitar and bass. The Go-Go's were the first all-female band in the US to have a #1 album. They formed in 1978 and Valentine joined as the bass player in 1981. From 2012 to 2018 she was replaced by Abby Travis. The band released their debut studio album Beauty and the Beat in 1981 and it reached #1 on the Billboard 200 chart and #2 in Canada. The Go-Go's released the album Vacation in 1982 which reached #8 in the US. They released the album Talk Show in 1984 which reached #18 in the US and they also released the album God Bless The Go-Go's in 2001. Their best known singles include "Out Lips Are Sealed", "We Got the Beat", and "Vacation". Kathy Valentine has also played with the bands the The Delphines, Adrian and the Sickness, and the Textones. 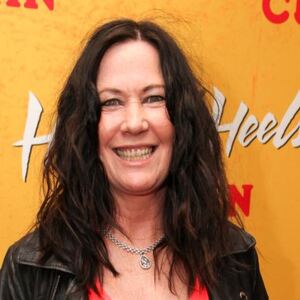