Kai Hansen net worth: Kai Hansen is a German heavy metal singer and guitarist who has a net worth of $4 million. Kai Hansen was born in Hamburg, West Germany in January 1963. He founded the band Gamma Ray and was the vocalist and lead guitarist. Hansen also co-founded the band Helloween. He joined the band Unisonic in 2011. With Gamma Ray he released the albums Heading for Tomorrow, Sign No More, Insanity and Genius, Land of the Free, Alive '95, Somewhere Out in Space, The Karaoke Album, Power Plant, Blast from the Past, No World Order, Skeletons in the Closet, Majestic, Land of the Free II, Hell yeah! – The Awesome Foursome – Live in Montreal, To the Metal!, Skeletons & Majesties, Skeletons & Majesties Live, and Empire of the Undead. Hansen has also six albums with Helloween, four albums with Iron Savior, five albums with Unisonic, and two albums with Hansen & Friends. 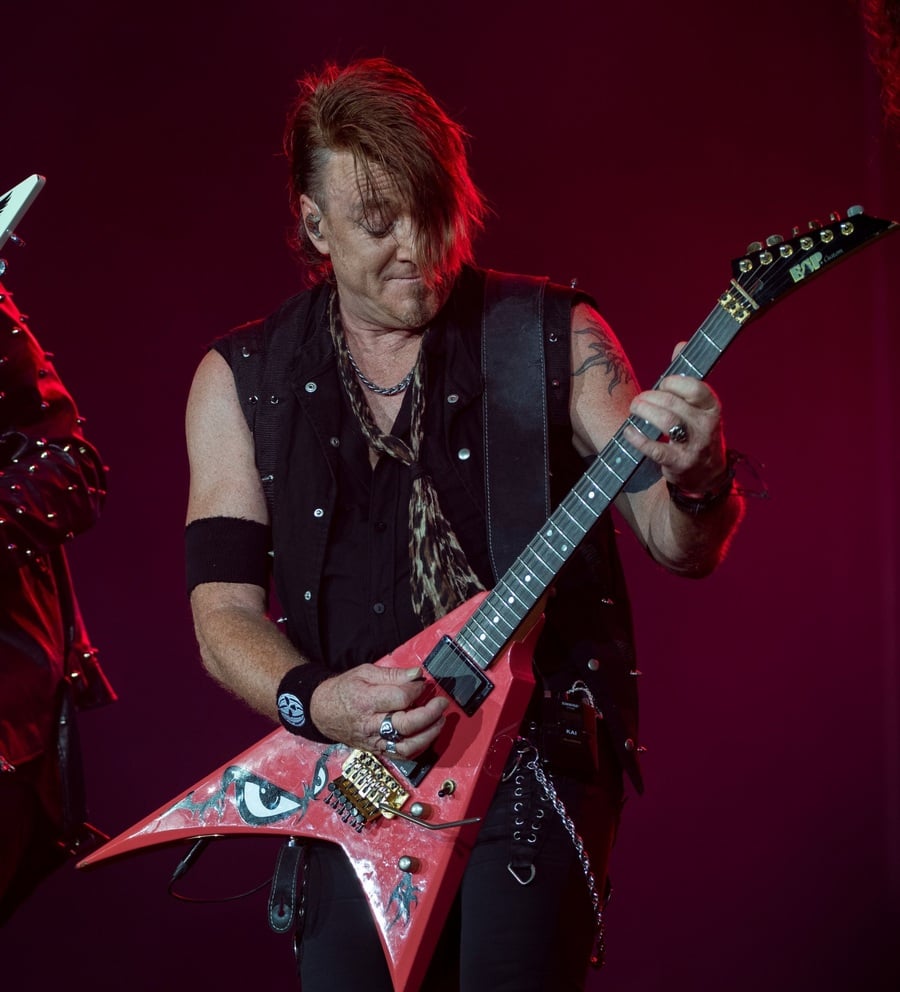