What is Julian Casablancas' net worth?

Born August 23, 1978, in New York City, Casablancas he is half-American and half-Danish. His father is Elite Model Agency Group founder John Casablancas and his mother is model and former Miss Denmark Jeanette Christiansen. Since the marriage of his parents didn't last long, he was raised by his mother and her second husband, painter Sam Adoquei. It was Sam who introduced Julian to the Doors and helped him shape his early musical taste in a slightly different direction from the Phil Collins and other pop mainstream artists present at the time. While Casablancas was at the Swiss boarding school Institut Le Rosey, he met his future bandmate, guitarist Albert Hammond, Jr., and in New York's Lycee Français high school, he also met Fabrizio Moretti and Nick Valensi. He never finished high school but Julian got a GED and continued to take music classes at Five Towns College.

Together with Hammond, Moretti, Valensi, and bassist Nikolai Fraiture, he started playing in 1998, and formed the band, the Strokes, the following year. Their debut album "Is This It" (2001) was both a critical and commercial success, and placed the band on the rock map alongside bands like the White Stripes and the Yeah Yeah Yeahs. The band's next releases were 2003's Room on Fire and 2006's First Impressions of Earth, which cemented their status among fans and made them go on a tour. However, all their albums released after their debut were not nearly as successful or acclaimed by fans and critics.

The band took a five-year break and then returned with their fourth album "Angles" in 2011. Their five-year hiatus has been said to be the result of conflict within the band, solo projects, and various sobriety issues. After they released "Angles" they headlined at several music festivals including Coachella, Lollapalooza, and Austin City Limits. They released "Comedown Machine" in 2013 and an EP called "Future Present Past" in 2016 on Casblancas' own label Cult Records. They kicked off their global comeback when they headlined at Bilbao BBK Live in 2019. They teased some new songs in May 2019 and in April 2020 they released a new album, "The New Abnormal," for which the band won their first Grammy Award for Best Rock Album. 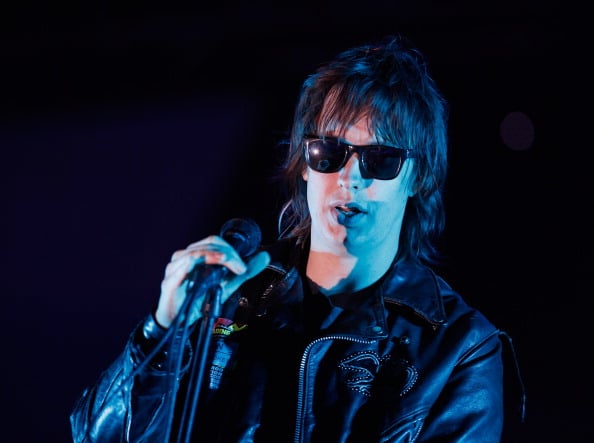 Julian formed The Voidz in 2013. Casablancas is the lead vocalist and other band mates are: Jeramy "Beardo" Gritter and Amir Yaghmai on guitar, Jacob "Jake" Bercovici on bass (as well as synthesizer), Alex Carapetis on drums and percussion, and Jeff Kite on keyboard. The Voidz released their debut album "Tyranny" in September 2014 on Julian's label Cult Records, followed by a tour across the United States and the United Kingdom. The album features the 11-minute single "Human Sadness." On March 30, 2018, they released their second album, "Virtue." The album features the track "Pyramid of Bones", which was featured on Adult Swim in April 2018, along with their single "Coul as a Ghoul" on the Adult Swim's Singles Program.

During his time with the Strokes, Casablancas sought out a solo career. He released his first solo album "Phrazes for the Young" in November 2009.  For the album, he had teamed with producer Jason Lader and Bright Eyes' Mike Mogim. The album was strongly influenced by new wave and electronica and Julian heavily utilized synthesizers for many songs. He made his live solo debut for a private party for the fashion brand Opening Ceremony in Tokyo, Japan. To celebrate the release of a new EP, he performed a series of shows in October 2009 at The Downtown Palace Theatre in Los Angeles. As part of an endorsement deal with Azzaro's men's fragrance Decibel db, Casablancas composed the original song "I Like the Night" to be used in a television commercial. The commercial featuring Julian aired in France on September 1, 2011. The singer also curated and share music on a monthly music show called Culture Void on Sirius XMU between May 2016 and February 2017.

Just like most of his bandmates, Casablancas also worked with other artists, playing Casio guitar on Sick, Sick, Sick from Queens of the Stone Age's 2007 album Era Vulgaris and collaborating with Santigold and Pharrell on the song My Drive Thru for a 2008 Converse Shoes ad campaign. Other of his collaborations include recording with the Lonely Island, Danger Mouse, and Sparklehorse. In 2011, he lent his vocals on a tribute album to Buddy Holly, "Rave On Buddy Holly." In 2016, he contributed three specially recorded Velvet Underground and Lou Reed covers to the HBO series "Vinyl." Casablancas has also worked with Daft Punk on their 2013 album "Random Access Memories." The album went on to win the 2013 Grammy Award for Album of the Year, with Casablancas as a co-recipient of the award.

Casablancas married Juliet Joslin, who was the assistant manager of The Strokes, in 2015. They had a son, Cal, born in January 2010 and a second son, Zephyr, in March 2015. Joslin and Casablancas divorced in 2019.

Casablancas has been sober since 2009, stating that during his heavy drinking days he was "hungover for five years." Casablancas resides in Los Angeles as of 2021. 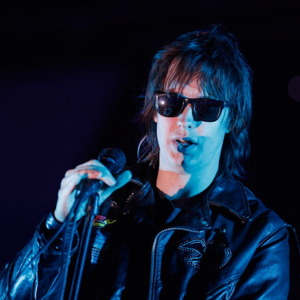