Josh Ramsay net worth: Josh Ramsay is a Canadian singer, songwriter, actor, producer, and recording engineer who has a net worth of $6 million. Josh Ramsay was born in Vancouver, British Columbia, Canada in June 1985. He is best known for being the lead vocalist of the band Marianas Trench.

He formed the band in 2001 and their debut album Fix Me was released in 2006 and was certified Gold in Canada. Marianas Trench released their second studio album Masterpiece Theatre in 2009. The album reached #4 and was certified Platinum in Canada. Their third album Ever After was released in 2011 and was certified Platinum in Canada and reached #8 in Canada and #5 on the US Heatseekers chart. The band has had success with the singles "Say Anything", "Decided to Break it", "Shake Tramp", "Cross My Heart", "All to Myself", "Beside You", "Celebrity Status", "Haven't Had Enough", "Fallout", and "POP 101". The band has won many awards including several MuchMuch Video Awards. Ramsay was a vocal coach on the reality TV series The Next Star in 2010. 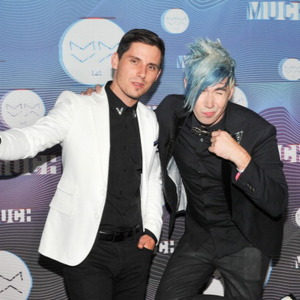