What is Josh Homme's Net Worth?

Josh Homme is an American rock musician, multi-instrumentalist and record producer who has a net worth of $6 million dollars. He is best known for being the rhythm guitarist and lead singer of the American rock band Queens Of The Stone Age.

He was born Joshua Michael Homme III on May 17, 1973, in Joshua Tree, California. He began playing guitar at the age of nine, having purchased his very own electric guitar after watching Carl Perkins perform at the Sandpoint Music Festival. He took lessons but struggled with the teaching style of his guitar teacher. Josh joined his first band at the age of 12, Autocracy. He worked on his grandfather's farm until he was 25, upon releasing the first Queens of the Stone Age album, despite his success in early bands.

Homme formed a punk rock / heavy metal band in 1987 called Katzenjammer, at the age of 14. They changed their name a few times, going from Sons of Kyuss to finally landing on the group name Kyuss. In the early '90s, the band had somewhat of a cult following. The band was signed to a label and went on to release four albums: Wretch, Blues for the Red Sun, Welcome to Sky Valley, and The Circus Leaves Town.

Queens of the Stone Age formed in 1996 following the dissolution of Kyuss. Homme had uprooted and moved to Seattle, Washington to attend the University of Washington. Around this time he became friends with musicians like Ben Shepherd, Mike Johnson, and Mark Lanegan. They formed Gamma Ray but after a cease and desist order from a band with the same name, they changed their name to Queens of the Stone Age.

Queens of the Stone Age developed a unique style of riff-oriented, heavy rock music. After the release of their debut eponymous album in 1998 and the sophomore "Rated R" in 2000, the rock combo broke onto the mainstream rock scene in America with the 2002 album "Songs Of The Deaf". It spawned radio hits like "No One Knows" and "Go With The Flow", and was also acclaimed for featuring former Nirvana member Dave Grohl playing drums. Ever since, Josh and the band have released several more albums, all being featured in the top 20 of the Billboard 200.

In 2013, the band released their Sixth album "Like Clockwork," which received immense praise from critics and topped the Billboard charts. They released their seventh album Villians in August 2017, produced by Mark Ronson. The band played "Goodbye Yellow Brick Road" on Revamp, a cover album that contains different renditions of famous Elton John songs.

Outside of his career with Queens of the Stone Age, Josh formed Eagles of Death Metal, and has been involved with the Desert Sessions and Them Crooked Ventures, among many other collaborations. He also made a name for himself as a producer. One of his most notable works when it comes to producing albums for other bands was the album "Humbug" by Arctic Monkeys. 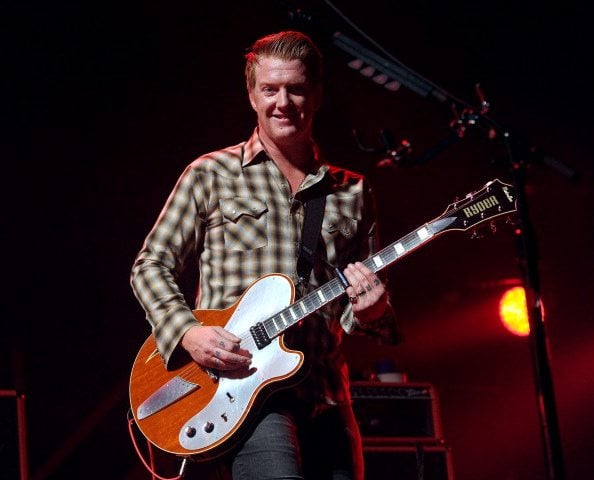 Josh first met Australian singer Brody Dalle at Lollapalooza in 1996. He was 23 at the time. She was 17 and married to Tim Armstrong, the lead singer of Rancid. They reconnected in 2003 after she had separated from Armstrong. They were officially married in 2005. Today they have a daughter and two sons. Unfortunately Brody filed for divorce in December 2019. In her filing, she cited Josh's alcoholism and drug abuse as part of the reason for the divorce. He subsequently entered rehab. They eventually accused each other of domestic violence and took out competing restraining orders.

In September 2021, their two sons Orrin and Wolf, aided by Homme, filed restraining orders against Brody. They alleged physical and emotional abuse. However, the order was denied by two judges.

In 2010, after years of heavy drug abuse, drinking, and constant touring, Homme contracted an MRSA infection during a knee surgery due to his weakened immune system. Surgeons used a breathing tube that became stuck in his throat, leading to Homme choking and suffering cardiac arrest. He technically died for a few minutes, and he was confined to bed for three months after. He credits meditation with helping him recover.

Homme's issues with alcohol and drug abuse have been well-documented over his career. He was arrested for drunkenly assaulting Blag Dahlia and Karl Doyle of the band Dwarves in 2004, at the Dragonfly club in Los Angeles. He was placed on a restraining order and was sentenced to three years of probation and community service. He was also ordered to enter a 60-day rehab program.

Homme was caught on video using homophobic slurs in 2008– his reaction to an audience member who threw a shoe at him at the Norwegian Wood Festival in Oslo. He also drew criticism in April 2016 after an altercation with autograph seller Jason Leckrone. Leckrone filed a lawsuit against Homme for assault and battery. Homme was captured kicking the camera of Shutterstock photog Chelsea Lauren into her face in December 2017, during the KROQ Almost Acoustic Christmas concert in L.A. Homme denied the incident and claimed he was actually kicking lighting equipment and was unaware that he had kicked Lauren. However, she disputed his claims and said that he had made direct eye contact with her before kicking her. He later apologized and admitted to kicking her.