Josh Farro net worth: Josh Farro is an American musician and songwriter who has a net worth of $5 million. He is best known for being a former member of the band Paramore.

Josh Farro was born in Voorhees Township, New Jersey in September 198. He is a lead guitarist and backing vocalist. After leaving Paramore he formed his own band Farro and released his independent debut album Walkaways in 2016. The band Paramore formed in 2004 and Farrow left in 2010. The band released their debut studio album All We Know Is Falling in 2005. Their album Riot! was released in 2007 and reached #15 in the United States and New Zealand. Paramore released the album Brand New Eyes in 2009 which reached #1 in Australia, Ireland, New Zealand, and the UK and #2 in the US. Farro played on their popular singles "Misery Business", "Decode", "Ignorance", "The Only Exception", and more. 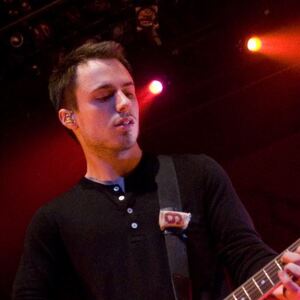