Josh Dun net worth: Josh Dun is an American musician who has a net worth of $16 million. Joshua Dun was born in Columbus, Ohio in June 1988. He is best known for being the drummer of the band Twenty One Pilots, a band he co-founded with his college friend Tyler Joseph.

Josh learned to play drums at an early age and played with the band House of Heroes. In 2011, Dun quit his job at Guitar Center to join Twenty One Pilots. They released the independent album Regional at Best in 2011. Twenty One Pilots were signed by Fueled by Ramen records in 2012. Their major label debut album Vessel was released in 2013 and reached #10 on the US Alternative chart. The band's 2015 album Blurryface reached #1 on the Billboard 200, US Alternative, and US Rock charts. Their singles include "Holding on to You", "Guns for Hands", "Lovely", "House of Gold", "Car Radio", "Fairly Local", "Tear in My Heart", "Stressed Out", "Lane Boy", and "Ride". Twenty One Pilots were nominated for an MTV Video Music Award – Artist to Watch in 2013. On February 12, 2017 Josh Dun and Tyler Joseph won a Grammy for Best Pop Duo/Group Performance. They duo accepted the award in their underwear and told the crowd that this was a promise they had made years earlier if they ever won a Grammy. 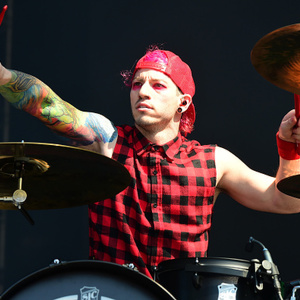