He was featured on the albums Jefferson Airplane Takes Off, Surrealistic Pillow, After Bathing at Baxter's, Crown of Creation, Volunteers, Bark, Long John Silver, and Jefferson Airplane. Jorma Kaukonen played lead guitar for Hot Tuna from 1969 to 1977, 1983, and since 1986. He has played on their albums Burgers, The Phosphorescent Rat, America's Choice, Yellow Fever, Hoppkorv, Pair a Dice Found, and Steady as She Goes. Kaukonen has released the studio albums Quah (with Tom Hobson), Jorma, Barbecue King (with Vital Parts), Too Hot to Handle, Embryonic Journey (with Tom Constanten), The Land of Heroes, Christmas, Too Many Years, Blue Country Heart, Stars in My Crown, River of Time, and Ain't In No Hurry. He was ranked #54 on Rolling Stone magazine's list of 100 Greatest Guitarists. 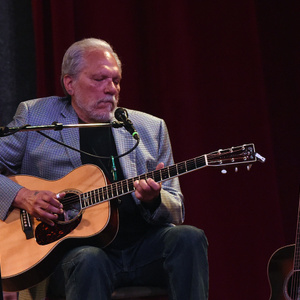