Jordan McGraw was in a band called Stars in Stereo from 2011 to 2015. He was the band's lead guitarist and also played acoustic guitar and piano. The band released their self-titled debut studio album in 2013 and the album "Leave Your Mark" in 2014. McGraw started playing guitar at 15 and created a band called The Upside. He has appeared in episodes of the TV series Dr. Phil, Entertainment Tonight, Extra, Celebrity Family Feud, Steve Harvey, and The Changeover. He has also been a member of the band Hundred Handed. Jordan also has an older brother named Jay McGraw.

Real Estate: In 2007 Dr. Phil paid $5 million for a home in Beverly Hills. At some point Phil transferred ownership to Jordan. Jordan sold the home in 2019 for $5.75 million.

Personal Life: In early 2020 Jordan confirmed he was dating reality star Morgan Stewart, former star of the E! show "Rich Kids of Beverly Hills". The two had actually dated for a year a decade prior. In the middle of 2020 they confirmed they were expecting a baby. In December 2020 Jordan and Morgan married. 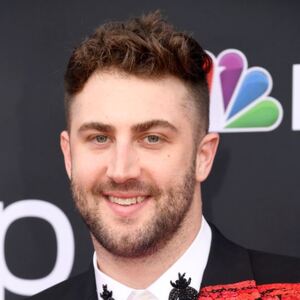