Jonny Lang Net Worth: Jonny Lang is an American blues, gospel and rock singer, songwriter and guitarist who has a net worth of $12.5 million. Jonny Lang was born January 29, 1981 in Fargo, North Dakota. Known (and easily recognizable) for both his unusual voice, which at 13 was compared to that of a 40-year-old blues veteran, and for his guitar solos, Jonny Lang released his first solo album, Lie to Me, at the age of 15.

At the age of 12, he had attended a show by the Bad Medicine Blues Band and began playing with the group. Several months later he became the leader, and the newly renamed Kid Jonny Lang & the Big Bang relocated from Fargo to Minneapolis and released their debut album Smokin' in 1995. The LP became a regional hit, leading to a major-label bidding war and culminating in Lang's signing to A&M Records in 1996. Early in 1997, his major-label debut Lie to Me was released to mixed reviews; the stronger effort, Wander This World, followed late the next year. Lang's next release, Long Time Coming, arrived in 2003 and garnered often withering critiques for its turn toward over-produced hard rock mixed with sometimes heavy-handed religiosity; 2006's gospel-flavored Turn Around was more favorably received. Live at the Ryman was issued by Concord Records in 2010. After a seven-year hiatus, and a period of alcoholism and drug abuse, Jonny Lang became a Christian in 2000, which led him to stop substance abuse. He announced details of his sixth studio album, Fight for My Soul, which was slated for release in September 2013. His albums have charted on the top 50 of the Billboard 200 chart and Lang has been the recipient of a Grammy Award for Turn Around. 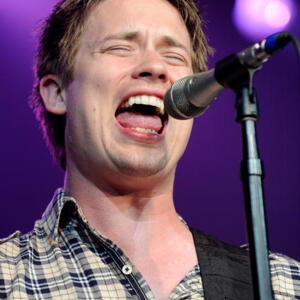