Jonny Greenwood Net Worth: Jonny Greenwood is an English musician who has a net worth of $30 million dollars. Jonny Greenwood was born Jonathan Richard Guy Greenwood in Oxford, England, in 1971. He dropped out of the psychology program at Oxford Brookes University when his band Radiohead landed a recording deal in 1991.

He worked as the band's keyboardist and guitarist despite being talented at a variety of instruments. Greenwood composed or collaborated on several tracks for the band, including "Subterranean Homesick Alien", "Just", and "Arpeggi". He uses his computer programming background to build software to help make Radiohead's music unique, which played a huge role in the creation of the band's 2011 release "The King of Limbs". Greenwood began a solo career in the early 2000s, with his first album, "Bodysong", dropping in 2003. He released a compilation album, "Jonny Greenwood Is the Controller", four years later. He has composed several pieces for the BBC Concert Orchestra and has worked on six soundtrack scores, including 2007's "There Will Be Blood", 2010's "Norwegian Wood", 2011's "We Need To Talk About Kevin", 2012's "The Master", and 2014's "Inherent Vice". Greenwood has been married to his wife, artist Sharona Katan, since 1995. She appears on several of his soundtrack covers. He and Katan have three children together. 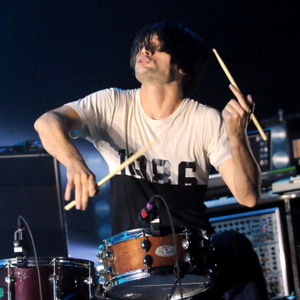