What is Jonathan Davis' Net Worth?

Jonathan Davis is an American musician who has a net worth of $50 million. Davis is probably best known for being the lead singer and frontman of Korn, one of the first major nu-metal bands to arise during the 90s. Jonathan's unique personality and tastes in music have influenced a number of subsequent bands. Korn was one of many bands to usher in a new music style that came to characterize the 90s, along with groups like Slipknot and Limp Bizkit.

After founding Korn in 1993, Davis helped the group earn significant attention due to his aggressive and emotional live performances. His unique vocal style also helped set Korn apart from other groups of that time. Although Davis and Korn's popularity waned towards the mid-2000s, the group has been performing successfully for three decades.

Outside of his work with Korn, Jonathan has explored a number of additional ventures. He is known for writing and producing the score for the film "Queen of the Damned," and he also created a side project called Jonathan Davis and the SFA. His first solo album was released in 2018. Over the course of his career, Davis has collaborated with a number of artists in many different genres. A multi-instrumentalist, Jonathan can play guitar, drums, bagpipes, piano, upright bass, violin, and the clarinet. In addition, he has performed DJ sets under his alter ego, JDevil.

Davis' honors, awards, and accolades mostly stem from his work with Korn. Many of the band's albums reached the top ten on the charts. He has earned an impressive 15 platinum certifications for his various albums. Korn's music also proved to be quite popular in Australia, where he earned an additional six platinum certifications. In addition, Davis has two Grammy Awards to his name, having been nominated for a total of eight over the years. Davis' albums have sold 40 million units around the world.

Jonathan Howsmon Davis was born on January 18th of 1971 in Bakersfield, California. Raised alongside three siblings by an actress and a keyboardist, Jonathan encountered the arts at an early age. His parents divorced when he was three years old, after which he was raised primarily by his father and stepmother. As a child, Davis suffered tremendously from asthma, causing him to spend long periods of time at a hospital from the age of 3 to 10. When he was five years old, an asthma attack nearly killed him. Davis had a bad relationship with his former stepmother, as she allegedly tortured and harassed the young boy constantly.

During his high school years, Davis was bullied relentlessly for wearing makeup and baggy clothes. Most of his teachers and classmates incorrectly believed that he was gay. After graduating, he pursued a career as a coroner, even going so far as to attend college to become a professional embalmer. He eventually dropped out, but went immediately into an apprenticeship program at a mortuary in Kern County.

Davis started his career with bands like Sexart. He later joined the band Creep, which was later renamed "Korn" at Jonathan's suggestion. This was often stylized as "KoЯn," and it was allegedly in part a reference to the horror film "Children of the Corn." Korn later became incredibly successful, releasing a number of high-charting albums and establishing themselves as one of the leading pioneers of nu-metal.

After the success of Korn began to wane, Jonathan began work on a solo album in 2007. He also founded the group Jonathan Davis and the SFA. In 2018, he released his solo album. He also began performing DJ sets under his alter ego, JDevil. 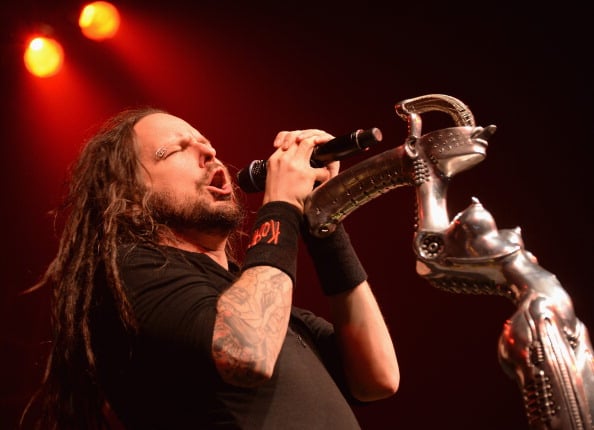 Jonathan Davis' vocal style is one of his most distinctive features as a performer and musician. He has a vocal range of 4 octaves and 4 notes, which gives him one of the largest ranges of any modern vocalist. Throughout his performances with Korn, Davis is known to employ vocal distortion, soft tones, and even scat. He is particularly praised for his live performances, during which his vocal delivery is just as varied and surprising as his in-studio recording sessions.

Since the mid-90s, Davis has been sponsored by Shure microphones.

Davis has struggled with substance abuse issues over the years. He has admitted to taking considerable amounts of meth and drinking copiously after the release of "Korn" and "Life is Peachy." It is widely established that he recorded "Follow the Leader" while under the influence of meth, cocaine, and alcohol. However, Jonathan eventually dealt with addiction problems and became sober in 1998.

However, from the late 90s to the early 2000s, Davis was put on suicide watch after struggling with anxiety and depression following his grandfather's passing. Despite becoming sober, Jonathan eventually ventured back to drugs and was treated for Xanax addiction in 2013. He also continued to smoke marijuana regularly until 2015. In 2018, Davis revealed that he continues to use prescription drugs such as Prozac, Halcion, Benadryl, ZzzQuil, NyQuil, and Melatonin to deal with chronic anxiety, depression, and insomnia.

Davis first married a woman named Renee Perez in 1998. They had one child together before divorcing in 2000. Jonathan then married Deven Davis in 2004. Deven and Jonathan had two children together before Davis filed for divorce in 2016. In 2018, Jonathan went one step further and filed a restraining order against Deven, preventing her from seeing their children. Davis reasoned that she was struggling with a serious substance abuse problem, and the restraining order was granted. Later in 2018, Deven died from a drug overdose. 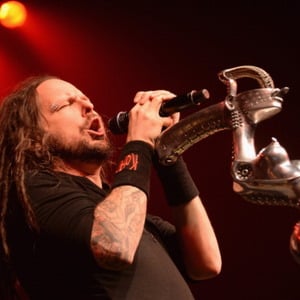