What Is Jonathan Cain's Net Worth?

Jonathan Cain is an American musician, singer, and songwriter who has a net worth of $40 million. Cain is best known as a member of Journey and Bad English, and as a solo artist, he has focused on contemporary Christian music in recent years. With Journey, Jonathan wrote the song "Faithfully" and co-wrote hits such as "Don't Stop Believin,'" "Open Arms," and "Who's Crying Now." He plays keyboards, rhythm guitar, and harmonica for the band and contributes lead and backing vocals.

Journey has released 15 studio albums, including the Diamond album "Escape" (1981) and the 6× Platinum "Frontiers" (1983), and "Don't Stop Believin'" was the 20th century's highest-selling digital track. In 2022, the song was preserved in the Library of Congress' National Recording Registry for being "culturally, historically, or aesthetically significant." Cain has released several solo albums, such as "Windy City Breakdown" (1977), "For a Lifetime" (1998), "Bare Bones" (2004), and "More Like Jesus" (2019), and he published the memoir "Don't Stop Believin': The Man, the Band, and the Song that Inspired Generations" in 2018. In April 2017, Jonathan and his fellow members of Journey were inducted into the Rock and Roll Hall of Fame.

Jonathan Cain was born Jonathan Leonard Friga on February 26, 1950, in Chicago, Illinois. He grew up in a religious household with mother Nancy, father Leonard, and younger brothers Harold and Thomas. Jonathan attended the Catholic school Our Lady of the Angels and survived the 1958 fire that killed three nuns and more than 90 students. Cain told "CBN News" in 2017, "Here I am only 8 years old and I am standing there watching it helplessly, praying that might Jesus save the day. We had no counseling and we were told not to talk about it. It sort of pushed me away [from religion]." He added, "My father covered me. He put me into music and said, 'Music is going to be your journey now. I'm going to shift you.'" Jonathan began taking accordion lessons when he was 8, and by the time he was a teenager, he had started playing piano and accordion at clubs and parties. Cain also learned to play bass, guitar, and harmonica. He graduated from East Leyden High School in 1968, then he enrolled at the Chicago Conservatory of Music.

Jonathan released his debut album, 1976's "Windy City Breakdown," under the name the Jonathan Cain Band, and he joined the Babys in 1979, performing on the 1980 albums "Union Jacks" and "On the Edge."

He left the Babys in 1980 to join Journey, replacing Gregg Rolie on keyboards, and his first album with the band was 1981's "Escape," which was certified Diamond (10× Platinum). Cain was responsible for what AllMusic called "one of the best opening keyboard riffs in rock" on "Don't Stop Believin.'"

Journey achieved its peaks success with lead singer Steve Perry. In recent years Journey has been led by Arnel Pineda. 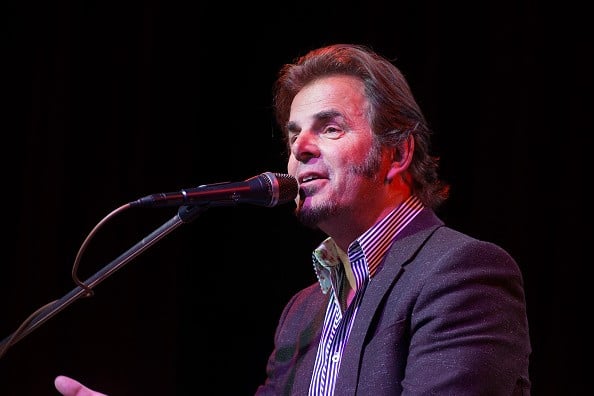 He wrote and produced the 1985 Jimmy Barnes song "Working Class Man," and in 1987, he formed Bad English with Ricky Phillips and John Waite of the Babys, Neal Schon of Journey, and Deen Castronovo, who would later become Journey's drummer.

Journey went on hiatus in 1987, and they reunited in 1995. Since the reunion, the band has released seven albums, including "Trial by Fire" (1996), "Revelation" (2008), and "Freedom" (2022), and as of this writing, they have sold more than 80 million records. Since joining Journey in 1980, Cain has played a piano solo at each of the band's concerts, and it usually takes place just before "Open Arms" is performed.

Jonathan has focused primarily on Christian music since 2016, and he has performed on albums by his Journey bandmate Neal Schon. According to Cain's official website, he has performed at the National Day of Prayer, Creation Music Festival, and NCAA Final Four tournament in recent years, and he has become "a sought-after speaker" who has given speeches at the Better Man Event and Prestonwood Men's Conference. Jonathan hosts the "Anchored Podcast," on which he "shares from the heart on topics of faith, family, marriage, manhood, and music," and in 2022, he released the solo album "Arise."

In 2020, Cain and Schon fired two members of Journey, Ross Valory and Steve Smith, and sued them for more than $10 million, alleging that the men had engaged in an  "attempted corporate coup d'état" to gain control of Nightmare Productions, which they believed was in control of the Journey name and logo. Valory countersued on grounds of emotional distress and breach of contract, and all parties later "resolved their differences and reached an amicable settlement agreement."

After Cain and Fullerton divorced in 2014, he married minister Paula White on April 25, 2015. Paula was the chair of the evangelical advisory board during the Trump administration, and she gave the invocation at his inauguration.

Jonathan has served as the worship leader at City of Destiny in Apopka, Florida, and Paula is the church's pastor. Cain designed and built the Nashville recording studio Addiction Sound with Chris Huston and David Kalmusky. His website states that he has "helped raise more than $500,000 for the Make-A-Wish Foundation in Tennessee, as well as lends his support to Toys for Tots, the T.J. Martell Foundation and the Emeril Lagasse Foundation, among others."

In 1997, the Journey song "When You Love a Woman," which Cain co-wrote, earned a Grammy nomination for Best Pop Performance by a Duo or Group with Vocal. Jonathan has won two BMI songwriter awards for the Journey hits "Who's Crying Now" and "Open Arms." In 2004, the band received a star on the Hollywood Walk of Fame. 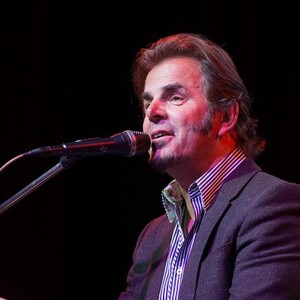