What is Jon Bon Jovi's net worth?

Jon Bon Jovi is an American rock star, singer, songwriter, record producer, musician, actor, and philanthropist who has a net worth of $410 million. Bon Jovi is best known as the founder and frontman of the rock band Bon Jovi. The band was formed in 1983 and has seen a million faces and rocked them all.

In a typical touring year, Bon Jovi the band can easily gross $100 – $150 million. For example, in 2019 the band grossed $135 million worldwide. Jon earned $40 million personally in that time period.

John Francis Bongiovi Jr., was born on  March 2, 1962, in Perth Amboy, New Jersey. Both of his parents are former Marines. His father was a barber. His mom was a Playboy Bunny and later, a florist. He comes from a close-knit Italian family. He became interested in music at an early age and started playing the guitar and piano at 13 when he joined his first band, Raze. Jon attended St. Joseph High School for his freshman and sophomore years and transferred to Sayreville War Memorial High School for his last two years. During high school, Jon met David Bryan and the two formed the band Atlantic City Expressway. Jon also played clubs and opened for bigger (at the time) local bands as part of John Bongiovi and the Wild Ones.

In the spring of 1983, Jon called his pal David Bryan who called his friends, bassist Alec John Such and drummer Tico Torres. Not long after, guitarist Richie Sambora joined the band. Jon and the band recorded their first hit song, "Runaway." Jon tried to get New York City radio stations to play his single without success until one DJ decided to play the song. "Runaway" was an instant hit and landed in the Top 40. Mercury Records signed Jon to a recording contract and Bon Jovi was born. Bon Jovi released their first two albums in 1984 and 1985. Bon Jovi found global success with the 1986 release of their third album, "Slippery When Wet." That album spawned three iconic Bon Jovi hits: "Wanted Dead or Alive," "You Give Love a Bad Name," and Living on a Prayer;" the last two of which became number one hits. "Slippery When Wet" remains the band's most successful album. The band's next album, "New Jersey," gave the world the hits "Born to Be Your Baby," "Lay Your Hands On Me," and "I'll Be There For You," among others.

Jon Bon Jovi has dabbled in acting, appearing in film and television titles such as "Moonlight and Valentino," "U-571," "Sex and the City," "The West Wing," and "Ally McBeal." Jon has earned many awards, both as a solo artist and with his band, including a Grammy Award, American Music Awards, a Golden Globe Award, and BRIT Award. 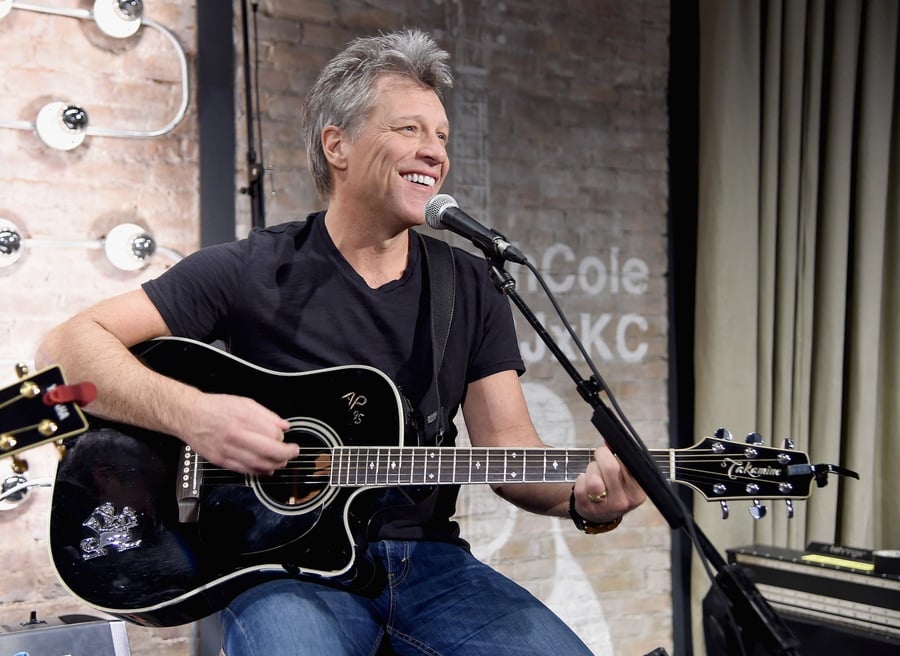 Jon Bon Jovi became the founder and primary owner of the Arena Football League's Philadelphia Soul in 2004. He is no longer part of the franchise.

In 2014, a group of investors including Jon made it to the final round of bidding to buy the Buffalo Bills.

Jon founded the JBJ Soul Foundation in 2006 to try and break the cycle of poverty and homelessness. He opened his first JBJ Soul Kitchen, a community-based restaurant where customers pay what they can afford, either with cash or volunteering an hour of their time working there, in October 2011. In early 2019, JBJ Soul Kitchen donated free meals to government employees and family members affected by the shutdown of the federal government.  As of 2020, there are three JBJ Soul Kitchens operating in Red Bank, Toms River, and Newark, New Jersey. The Newark location is on the campus of Rutgers University.

He is related to Frank Sinatra.

Over the years Jon has bought, sold, and developed a number of impressive properties. Some notable examples:

New York City: In 2007 Jon paid $24 million for an absolutely stunning 7,400 square-foot penthouse located at 158 Mercer Street. The elevator opens directly into the apartment's private entrance. The penthouse was two living floors, each with 11-foot ceilings plus a roof deck. The roof deck has a private terrace. Jovi initially listed this penthouse for sale in 2013 for $42 million. He ultimately accepted $34 million in June 2015.

In September 2017 Jon paid $18.94 million for a four-bedroom apartment in Greenwich Village. He listed this unit for sale in February 2022 for $22 million. Once again, this apartment features an elevator that opens directly into the apartment.

New Jersey: In July 2019, Jon put his 15-acre Middletown, New Jersey mansion on the market for $20 million. The six-bedroom, nine-bathroom home, which was custom-built for Jon in 1999, has 18,000 square feet of living space. The property sits on the Navesink River, with 750 feet of water frontage, as well as water views from the breakfast room, family room, dining room, the master bedroom, and one of the other bedrooms. The yard has a heated outdoor pool with cabanas, a pub, and a three-bedroom carriage house built in 1910. The stables on the property have been converted into a recording studio. The property is located an hour outside of New York City.

Florida: In 2018 Jon paid $10 million for an oceanfront home in Palm Beach, Florida a few minutes from Donald Trump's Mara-A-Lago resort and Breakers Palm Beach. He proceeded to raze the previous home and build a 5,000 square-foot mansion. He never lived at the property, listing it for sale almost immediately after construction was complete. He sold it in July 2020 for $20 million.

On the same day that Jon sold his Floria estate, he paid $43 million for a new mansion just over two miles away on North Ocean Boulevard. This property has oceanfront terraces, a pool, cabana, on-site gym, wine cellar, air-conditioned three-car garage and 10,000 square feet of living space. 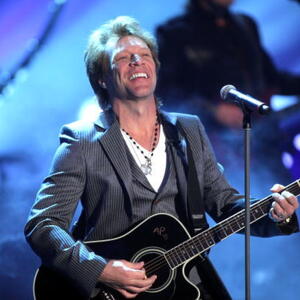