How much is Jon Anderson Worth?

Jon Anderson net worth: Jon Anderson is an English singer-songwriter and musician who has a net worth of $12 million dollars. John Anderson was born in Accrington, Lancashire, England in October 1944. He is best known as the former lead vocalist for the band Yes. He started off playing the washboard in school. He left school at fifteen and had odd jobs including a farm hand and milkman. He and his brother Tony shared lead vocal duties for the band The Warriors in 1962. He stayed with the band until 1967 and the next year he released two solo singles using the name Hans Christian. He formed the band Yes and their self-titled debut album was released in 1969. The band has recorded 20 studio albums. The band has sold more than 13.5 million albums in the United States. They are one of the most influential progressive rock bands of all time. They have had nine albums crack the top ten in either the U.S. or the U.K. They earned a Grammy Award in 1985. A campaign was launched in 2013 to get the band into the Rock and Roll Hall of Fame, and they are a possibility to be inducted in 2015. Yes' most popular song is the 1983 "Owner of a Lonely Heart" which hit #1 on the Billboard Hot 100 and Mainstream Rock charts. In addition to Yes, Anderson has released 14 solo studio albums, and more as a part of Jon and Vangelis, Anderson Bruford Wakeman Howe, and Anderson/Wakeman. Jon became an American citizen in 2009 after living in the country for 25 years. 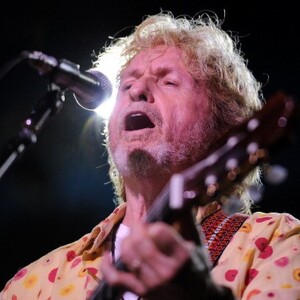