Johnny Van Zant net worth: Johnny Van Zant is an American musician who has a net worth of $10 million dollars. Born in Jacksonville, Florida, Johnny Van Zant began performing professionally with his first band, The Austin Nickels Band in the mid-70s. The band subsequently changed their name to the Johnny Van Zant Band, and released one album in 1980.

Mr. Van Zant then left the group and released three more solo albums in quick succession, between 1981 and 1985, before taking a break from music altogether. He is the younger brother of Ronnie Van Zant, the co-founder and former lead singer of Lynyrd Skynyrd. Johnny Van Zant became Lynyrd Skynyrd's lead vocalist when the band reunited in the late 80s. He has continued to perform with Lynyrd Skynyrd since then, as well as releasing another successful solo album in 1990, and occasionally touring with his brother, Donnie, as Van Zant. 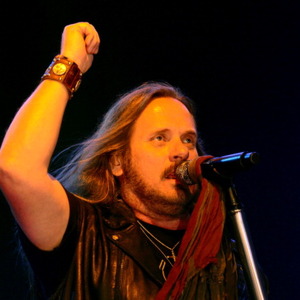