How much is Johnny Christ Worth?

Johnny Christ net worth: Johnny Christ is an American musician who has a net worth of $18 million dollars. Johnny Christ was born Jonathan Lewis Seward in Huntington Beach, California in November 1984. He is best known as being the bass player of the band Avenged Sevenfold. He knew members of the band but became the fourth bassist for the band after Dameon Ash left in 2002. Before joining the band he would occasionally fill in for Ash and even took a few weeks off high school to do so. He ended up dropping out of high school to join the band full time. Avenged Sevenfold's style can be described as heavy metal, hard rock, or metalcore. The band has released six studio albums and has sold over eight million albums worldwide. Their 2010 album Nightmare and their 2013 album Hail to the King both reached #1 on the US Billboard 200 as well as Finnish charts. Their most popular songs include "Bat Country", "Nightmare", and "Hail to the King". The band won the MTV Music Award for Best New Artist in 2006. Christ has a Schecter Signature Bass named after him. 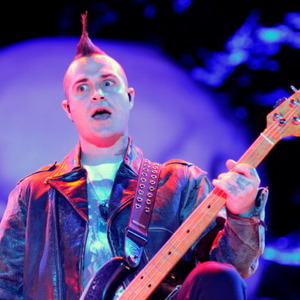