How much is John Popper Worth?

John Popper net worth: John Popper is an American singer-songwriter, guitarist, and accomplished harmonica player who has a net worth of $16 million. John Popper is best known for being the lead singer for the band Blues Traveler. John Popper was born in Chardon, Ohio in 1967 and grew up in Stamford, Connecticut, New York, and New Jersey. During high school in Stamford and Princeton, New Jersey, he took piano, cello, and guitar lessons but didn't like any of them. Popper and a friend performed a routine as The Blues Brothers and he found he enjoyed musical performance. He then took up the harmonica and today is widely considered a harmonica virtuoso. Popper formed several garage bands in Princeton, New Jersey. One of those bands evolved into Blues Traveler in 1987. Popper and his band mates all moved to New York City where he and two other members of Blues Traveler attended The New School for Jazz and Contemporary Music. Popper dropped out after three years when Blues Traveler signed a recording contract in 1990. Popper is a prolific songwriter and he composed the majority of the lyrics and music of Blues Traveler's songs. A Grammy-winning artist, John Popper has released 10 studio albums with Blues Traveler, one solo album, and guest performed with multiple artists. 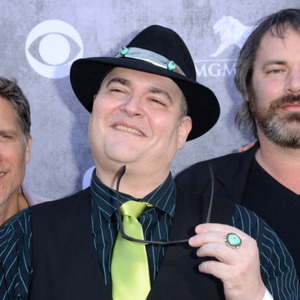