John Petrucci Net Worth: John Petrucci is an Italian-American musician and composer who has a net worth of $35 million dollars. Born in 1967 on Long Island, New York, John Petrucci began playing guitar when he was eight years old, but quickly quit. He didn't pick up the instrument again until he was 12.

Petrucci attended Boston's Berklee College of Music and eventually formed the group Majesty with several friends, later changing the band's name to Dream Theater. Petrucci became the band's producer, working on all of their albums from 1999 until 2009, and then again in 2011 and 2013. Between 1989 and 2013, he has been part of 12 studio albums with Dream Theater, including "When Dream and Day Unite", "Metropolis Pt. 2: Scenes from a Memory", "Six Degrees of Inner Turbulence", and "Black Clouds & Silver Linings". Petrucci has one solo effort with 2005's "Suspended Animation". He's also part of the Liquid Tension Experiment. He put together an instructional video for aspiring guitarists. He has been on the G3 tour as the third player six times and earned the title of second best metal guitarist in "The 100 Greatest Metal Guitarists" book by Joel McIver. "Guitar World" magazine readers recognized him as the 17th greatest guitarist of all time. He and his wife, fellow heavy metal guitarist Rena Sands, live in New York and have three children together. 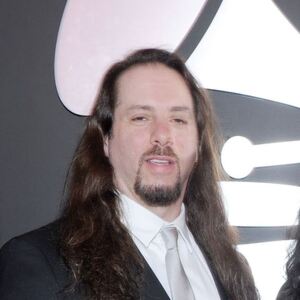