John Paul Jones net worth: John Paul Jones is an English musician, songwriter, composer, arranger, and record producer who has a net worth of $90 million. John Paul Jones was born John Baldwin in Sidcup, Greater London, England in January 1946. He is best known as being the bass player and keyboardist for the band Led Zeppelin.

He started to play piano at six and learned from his father. At 14 he became choirmaster and organist at a church and bought his first bass guitar. At 15 he joined a band called The Deltas and then joined the Jett Blacks. He was hired by The Shadows in 1962. He did studio session work for Decca Records with the Rolling Stones, Herman's Hermits, Jeff Beck, and Rod Stewart. In 1964 Jones released his first solo recording. In 1967 he became a part of Led Zeppelin. The band went on to become the second best-selling band in the United States, selling more than 200 million records. Led Zeppelin was inducted into the Rock and Roll Hall of Fame in 1995. He has inspired many rock bassists. He was voted Bassist of the Millennium in 2000 by Guitar magazine. Jones was awarded a "Gold Badge Award" in 2010 by the British Academy of Songwriters, Composers, and Authors. He met his wife Maureen in 1965 and the couple has three daughters. 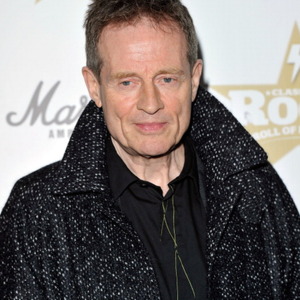