How much is John Myung Worth?

John Myung net worth: John Myung is a Korean-American bassist who has a net worth of $25 million. John Myung was born in Chicago, Illinois in January 1967. He is best known for being a founding member of the progressive metal band Dream Theater. The band formed in 1985 under the name Majesty. Dream Theater released their debut studio album When Dream and Day Unite in 1989. They also released the albums Images and Words in 1992, Awake in 1994, Falling into Infinity in 1997, Metropolis Pt. 2: Scenes from a Memory in 1999, Six Degrees of Inner Turbulence in 2002, Train of Thought in 2003, Octavarium in 2005, and Systematic Chaos in 2007. Their 2009 album Black Clouds & Silver Linings and 2011 album A Dramatic Turn of Events both reached #1 in Finland and the Top 5 in Germany, the Netherlands, and Sweden. The band has also released the albums Dream Theater in 2013 and The Astonishing in 2016. They have also released eight live albums and eight video albums. In 2010 Myung was voted the greatest bassist of all time in a poll by MusicRadar. He has also released albums with the bands Platypus, Gordian Knot, The Jelly Jam, and Explorers Club. 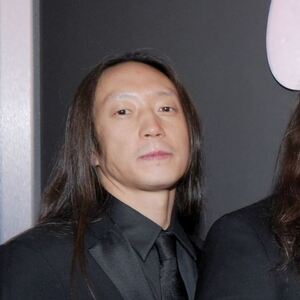