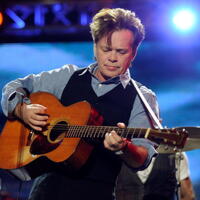 What is John Mellencamp's net worth?

John Mellencamp is an American singer-songwriter and musician who has a net worth of $30 million dollars. He has also used the name John Cougar Mellencamp. He rose to fame in the 1980s for his talent in the genre of "heartland rock." During his career, Mellencamp has sold more than 60 million records worldwide, with around half of them being sold in the United States.

Mellencamp was born in Seymour, Indiana on October 7, 1951. He was born with spina bifida and had corrective surgery as an infant. He formed his first band at the age of 14 called Crepe Soul. He attended Vincennes University and played in various local bands. He stated in a Rolling Stone interview that he abused drugs and alcohol during this time. He sobered up and graduated college and traveled to New York City in an attempt to land a record contract.

In between 1974 and 1975, Mellencamp traveled between Indiana and New York City performing wherever he could, searching for someone receptive to his sound. He caught the attention of Tony DeFries of MainMan Management. His first album "Chestnut Street Incident" was released under the name Johnny Cougar, at his manager's insistence. The album was a collection of covers and a few original songs. The album was a commercial failure and only sold 12,000 copies. He recorded "The Kid Inside" in 1977 but DeFries decided against releasing the album and Mellencamp was dropped from the label (DeFries would eventually go on to release the album in 1983, only after Mellencamp had achieved global stardom.) Mellencamp drew the attention of Rod Stewart's manager Billy Gaff and was signed to Riva Records label. At Gaff's request, Mellencamp relocated to London for nearly a year to record, promote and tour behind 1978's "A Biography." Although the record was not released in the U.S., it yielded a top five hit in Australia with "I Need a Lover." In 1980, Mellencamp released two top 40 singles–"This Time" and "Ain't Even Done with the Night."

1982 saw the release of Mellencamp's breakthrough album, "American Fool." This album contained his classics "Hurts So Good" and "Jack & Diane," which was a No. 1 hit for four solid weeks. "Hurts So Good" went on to win a Grammy for Best Male Rock Vocal Performance. With these commercial successes under his belt, he had enough clout to add his real surname, Mellencamp, to his stage moniker. Thus, John Cougar Mellencamp released "Uh-Huh" in 1983, a Top-10 album that spawned the top 10 singles "Pink Houses" and "Crumblin' Down," as well as "Authority Song." On the tour for the album, Mellencamp opened his shows with cover versions of songs he admired growing up. In 1985, he released "Scarecrow" which peaked at No. 2 and spawned five top 40 Singles, including "Small Town", which became one of his most iconic anthems (he has performed it at many political events over the years.) "Scarecrow" was the first album he recorded at his own recording studio in Belmont, Indiana. His next album came in 1987, "The Lonesome Jubilee." In 1989, he released the album "Big Daddy"–it was the last album to feature the "Cougar" nickname, after which he dropped the Cougar and just performed as John Mellencamp. 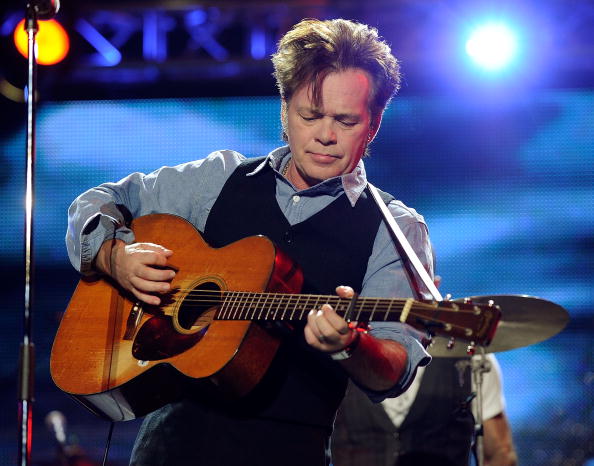 Mellencamp started 1991 with the release of "Wherever We Wanted." The album yielded five Top 40 hits and garnered significant radio airplay. In 1993, he released "Human Wheels", and the title track peaked at No. 48. In 1994, Mellencamp's album "Dance Naked" included a cover of Van Morrison's "Wild Night." It became his biggest hit in several years and exposed him to a new generation of fans. The track peaked at No. 3 on the Hot 100. In 1997, Mellencamp signed a four-album deal with Columbia Records, but only wound up making three for the label.

Mellencamp has gone on to sell more than 40 million albums worldwide. He has also had 22 Top 40 hits in the U.S. He has won a Grammy Award and been nominated for 12 others. He holds the record for most songs by a solo artist to make it to #1 on the Hot Mainstream Rock Track chart. He was inducted into the Rock and Roll Hall of Fame in 2008. In June 2018, he was inducted into the Songwriters Hall of Fame. In February 2020, Mellencamp's official social media accounts confirmed he is recording a new album at his Belmont Mall recording studio.

John helped form Farm Aid which raises awareness and helps raise money for family farms. Starting in 1985 Farm Aid has held an annual concert and has raised more than $45 million. He has appeared in the films "Falling from Grace", "Madison", "After Image", and "Lone Star State of Mind." He turned down the role that Brad Pitt played in "Thelma and Louise." Mellencamp is also an avid and very talented painter and has released books of his paintings. His paintings and drawings have been in numerous exhibitions around the country.

Mellencamp has been married three times and has five children. When he was just 18, he married his pregnant girlfriend Priscilla Esterline. He became a father six months after graduating high school. His daughter Michelle also became a mother at age 18, making Mellencamp a grandfather at 37. He and Priscilla divorced in 1981. Mellencamp was married to Victoria Granucci from 1981-1989. He married model Elaine Irwin in September 1992 and the couple divorced in 2011. He has also previously been in a relationship with actress Meg Ryan. The two broke up in the '90s but reunited and became engaged in November 2018. They confirmed in November 2019 that they had broken off their engagement and split once again. He was also linked briefly to former supermodel Christie Brinkley in the fall of 2015. In April 2020, it was reported that Mellencamp was dating skincare expert Jamie Sherrill.

On of John's daughters, Teddi Jo Mellencamp, is a reality television star who has appeared on "The Real Housewives of Beverly Hills".

Mellencamp lives five miles outside of Bloomington, Indiana, on the shores of Lake Monroe. He owns a vacation home on Daufuskie Island, South Carolina. Mellencamp purchased an 1,800 square foot loft in the SoHo district in New York City that he uses as an art studio.

In early 2020 John paid $2.45 million for a 6 acre property in Santa Barbara, California. Later that same year, after a modest renovation, he listed the home for sale for $4.5 million.