John Mayall was born November 29, 1933 in Macclesfield, United Kingdom. In 1965, with Eric Clapton as their new guitar player, the Bluesbreakers attracted considerable attention. That summer the band cut a couple of tracks for a record, including the singles "I'm Your Witchdoctor" and "Telephone Blues". By the start of the '70s Mayall had relocated to the United States where he spent most of the next 15 years recording with local musicians for various labels. In August 1971, Mayall produced a jazz-oriented session for bluesman Albert King. In 1982, Mayall was reunited with Mick Taylor, John McVie and Colin Allen for a two-year world tour from which a live album would emerge, though not until a decade later.

In celebration of his 70th birthday, Mayall reunited with special guests Eric Clapton, Mick Taylor and Chris Barber during a fundraiser show, Unite for Unicef concert, which was captured on film for a DVD release. In 2005, Mayall was awarded an OBE in the Honours List. In November 2008, Mayall announced on his website that he was disbanding the Bluesbreakers to cut back on his heavy workload and give himself the freedom to work with other musicians. Three months later a solo world tour was announced with Rocky Athas on guitar, Greg Rzab on bass and Jay Davenport on drums. Tom Canning, on organist, joined the band for the tour, which began in March of 2009. Mayall continues to tour with the same backing band, minus Canning, who left due to other priorities. He was inducted into the Blues Hall of Fame in 2016. 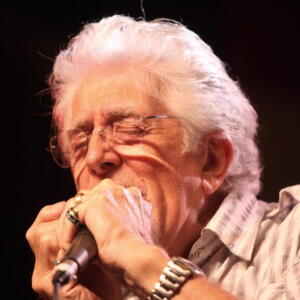