What was John Lennon's Net Worth?

John Lennon was an English musician, singer, and songwriter who had a net worth of $200 million dollars at the time of his death in 1980. That's the same as being worth $620 million in today's dollars after adjusting for inflation. Over the next several decades, his estate would generate hundreds of millions of dollars in revenue from royalties, merchandise, licensing fees and more. Today his primary heir, Yoko Ono has a net worth of $700 million.

Best known for his role in the immensely popular band The Beatles, John Lennon was one of the most renowned musicians of our time. In particular, John Lennon was celebrated for his excellent songwriting abilities. Outside of music, John Lennon was a political activist and a leader of the Peace Movement that began in the 60s.

John Winston Lennon was born on October 9th of 1940 in Liverpool, England. His father was a merchant seaman in the war, and he was often away from home. When Lennon's father went AWOL, his mother became pregnant with another man's child. When John's father returned, a custody battle ensued, and his mother ultimately allowed her sister to raise the boy.

In 1956, shortly before John finished high school, his mother bought him his first acoustic guitar. Two years later, John Lennon's mother died after being struck by a car. After this incident, Lennon became known for his rebellious nature during his senior year at high school.

John Lennon was involved in music from the age of 15. His first group was called the Quarrymen, and they were founded in 1956. After meeting Paul McCartney at the band's second performance, Lennon asked him to join The Quarrymen. McCartney then recommended that his friend George Harrison join the band as well. Despite being just 14, Lennon accepted Harrison into the band. By 1960, the Quarrymen had changed their name to The Beatles.

In the early 60s, Pete Best joined the group as a drummer and they toured throughout Germany. After their bassist decided to stay in Hamburg, McCartney started playing the bass. Eventually, Pete Best was replaced by Ringo Starr. These four members would make The Beatles famous.

Their first breakout single was "Love Me Do." Not long after, they released their debut album, Please Please Me. By 1963, "Beatlemania" was beginning to take full effect. They started appearing on television shows that aired in the UK and the States. Fans screamed so loudly during concerts that Lennon became concerned about whether or not they could actually hear the band play.

In 1966, John Lennon controversially suggested that his band was more popular than Jesus, saying: "Christianity will go. It will vanish and shrink … We're more popular than Jesus now – I don't know which will go first, rock and roll or Christianity." The quote was published in the Evening Standard. Although the quote was seen as relatively tame in the UK, various groups in the US took offense, including the KKK. After the band was threatened continuously, they decided to stop touring.

At this point, Lennon was consuming large quantities of LSD, and it was starting to influence the music of The Beatles. The track "Strawberry Fields Forever" is a prime example of this. In 1967, The Beatles released one of their most successful albums of all time, Sgt. Pepper's Lonely Hearts Club Band. After their manager died, The Beatles produced, directed, and wrote their own film, Magical Mystery Tour. Their lack of business expertise made the film a flop, but the soundtrack was extremely successful.

Later, The Beatles became more business-savvy with the formation of Apple Corps, a corporation that owned and operated media companies such as Apple Records. In 1968, Lennon's drug use had escalated even further, and his pacifist ideas were proving to be untrendy among the leftist radicals that once saw him as a hero. He also started his relationship with Yoko Ono during this time.

In 1969, Yoko Ono and John Lennon were married, and they started to release various musical projects together. By this point, The Beatles had started to drift apart. Although John Lennon was the first to officially leave the band, McCartney's departure was the first that was publicized by the media. This enraged Lennon, who wanted credit for starting and ending the band. 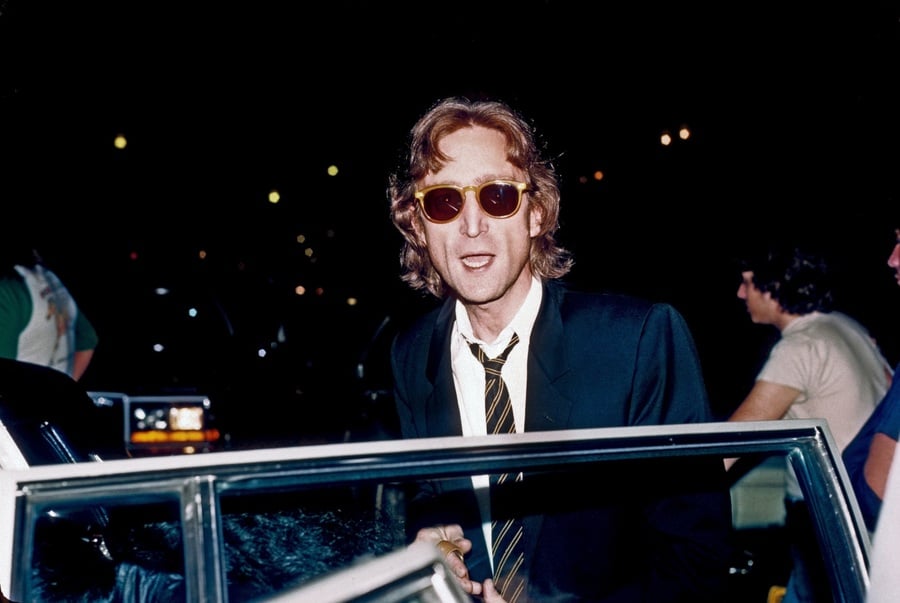 Lennon's solo career began in 1970 with a collaborative effort alongside Yoko Ono called John Lennon/Plastic Ono Band. Although the album received critical praise, it was not a commercial success. He went for a more commercial sound with the 1971 album Imagine. After Lennon and Ono moved to New York City, they fell in with radical leftists and started criticizing America's handling of the Vietnam war. Nixon vowed to have Lennon deported, and spent the next four years trying to accomplish this mission.

After releasing Some Time in New York City, John Lennon completely fell out of favor with critics. Although he had built his name on political activism, critics felt that his messages were now bordering on irrelevant, and his lyrics were extremely heavy-handed. In 1973, he and Ono decided to separate. By 1974, Lennon was drinking heavily. Although he collaborated with various artists and attempted to produce albums for them, his unpredictable behavior gave him an unprofessional reputation.

One positive moment during this period was when Lennon collaborated with Elton John to create the track "Whatever Gets You Through the Night." The track was Lennon's highest-charting single as a solo artist. Eventually, Ono and Lennon got back together and had a son. After his son was born, John Lennon took a long hiatus from music and spent as much time with the baby as possible.

This hiatus would last for 5 years. When Lennon finally returned to music in 1980, he was only able to release one album and a few singles before he was murdered.

On the 8th of December in 1980, John Lennon was shot four times in the back by a fan who wanted to become famous.