John Kay net worth: John Kay is a German Canadian singer, songwriter, and musician who has a net worth of $6 million. John Kay was born in Tilsit, East Prussia, Germany in April 1944. He is best known for being the front man of the rock band Steppenwolf. The band released their self-titled debut studio album in 1968 and it reached #1 in Canada and #6 in the US.

Their second album The Second was released in 1968 and reached #2 in Canada and #3 in the US. Steppenwolf released a total of 13 studio albums through 1990. Their best known singles are "Born to Be Wild" which reached #2 on the Billboard Hot 100 chart and "Magic Carpet Ride" which reached #3 on the same chart. Kay's debut studio album Forgotten Songs and Unsung Heroes was released in 1972 and reached #50 in Canada. He released a total of six studio albums. Even though he was never a Canadian citizen he was inducted into Canada's Walk of Fame in 2004. 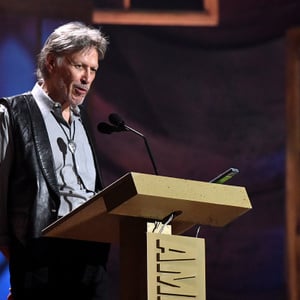