What is John Fogerty's Net Worth?

John Fogerty is an American musician, songwriter, and guitarist, best known as the lead singer and lead guitarist for the band Creedence Clearwater Revival (CCR). John Fogerty has a net worth of $90 million. Creedence Clearwater Revival became one of the most successful groups during the Vietnam War era and had many chart-topping singles including "Who'll Stop the Rain", "Fortunate Son" and "Proud Mary". After the disbanding of CCR, Fogerty pursued a successful solo career. To this day, Fogerty continues to release music as a solo artist and perform live.

John Cameron Fogerty was born on May 28th of 1945 in Berkeley, California. Raised in El Cerrito alongside four brothers by middle-class parents, John attended a Catholic school during his early years. The school was extremely strict, and John wet himself because he was not allowed to go to the bathroom during class. After one year, he switched to another school. By the time he was in fourth grade, his parents (whom Forgety claims were alcoholics) were divorced.

After switching schools another couple of times, Fogerty met the future members of CCR at El Cerrito High School. During this period, he started taking guitar lessons from Barry Olivier. John and his older brother Tom eventually started a band with other students, which later became CCR. Although the group was eventually signed by Fantasy Records, the group was not commercially successful.

In 1986, Fogerty received his draft notice for military service during the Vietnam War. When he received the notice, he went to a United States Army Reserve recruiter and signed up to become a supply clerk. It's not quite clear why he was able to join the reserves and avoid service in Vietnam, but John states that the recruiter might have dated the paperwork in such a way that his acceptance into the reserves took place before the draft notice actually took effect. John completed his training in 1967 before being discharged in 1968.

John Fogerty's music career began in earnest after he left the military. In 1968, his previous band changed their name to Creedence Clearwater Revival and released a debut album. Their first hit single "Susie Q" caused quite a stir, and the band continued on their successful run with albums like "Bayou Country." Further hits included "Have You Ever Seen the Rain," "Bad Moon Rising," "Run Through the Jungle," and "Fortunate Son."

Although CCR was inducted into the Rock and Roll Hall of Fame in 1993, the group only managed to stay together for a total of four years. When the band split in 1972, it was the product of a long conflict within the band. Fogerty was at the heart of this conflict, as he felt that he should have greater creative control due to the fact that he was the lead singer, lead guitarist, and principal songwriter. After Tom left the group in 1971, Fogerty strove to keep the remaining band members together by allowing them equal amounts of songwriting and vocal contributions. What resulted was their final album, "Mardis Gras."

Following this split, John Fogerty embarked on a solo career. Rather than use his own name, he released his debut solo album as a group called "The Blue Ridge Rangers," although he was the only member of this group. He then followed up with "John Fogerty," his second solo album. Both of these albums weren't hugely successful, and things didn't improve much with the release of "Hoodoo."

After a hiatus from the music industry, John returned in 1985 with the album "Centerfield." This proved to be a bigger hit than his previous efforts, although his follow-up album "Eye of the Zombie" failed to make much of an impact. After another break from music, Fogerty returned to the mainstream once again in 1997 with the album "Blue Moon Swamp." This proved to be his most successful solo effort yet, and he won a Grammy for Best Rock Album.

Fogerty continued to tour throughout the next few years, releasing albums such as "Deja Vu All Over Again" and "The Long Road Home." Many of these albums continued to receive critical acclaim, gaining nominations for Grammys and other honors. 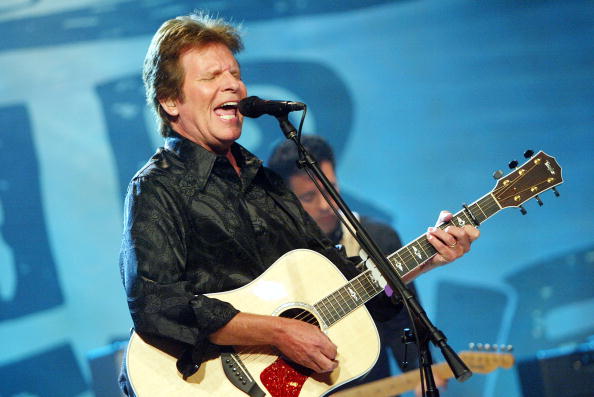 In 2008, John picked up a property in Beverly Hills for $1.385 million. It was relatively modest by his high standards (especially when you consider the rest of his real estate portfolio), and it should come as no surprise that this was an investment property. Fogerty rented out the house, which features a respectable 1,920 square feet of living space. At one point, John was renting out this residence for $5,400 per month. In 2015, he decided to cash in on his investment – selling the property for $1.475. This left him with a profit of almost $100,000 – plus everything he had earned through rental income.

In 2013, it was reported that Fogerty had purchased an $8.95-million property in the affluent neighborhood of Thousand Oaks, California. The 13,000-square-foot residence sits on over 20 acres of land and features pecan floors, five fireplaces, and a wine closet. There is also a 12-car garage, a salt-water swimming pool, and lawns decorated with fountains.

During the summer of 2013, Fogerty and his wife also listed another residence in Beverly Hills for about $23.5 million. This second property also boasted about 13,000 square feet of living space. They sold this home a year later to auto finance billionaire Don Hankey and his wife Debbie for $18.6 million.

In 2018 Fogerty and his wife paid $6.75 million for a home in Encino, California. They listed this mansion for sale in March 2021 for just under $9 million. This is what the home look liked in 2016 before the Fogertys performed a massive renovation that completely changed the exterior aesthetics:

In 2019, Fogerty won widespread praise after purchasing a home for a U.S. war veteran. He used money that he had been paid for the canceled Woodstock 50 festival to buy the container home for the lucky veteran. These homes are built from repurposed shipping containers through an organization called The Veterans Village Container Homes. The goal is to provide individuals and families with affordable housing. The main financial backer of Woodstock 50 reportedly lost $32 million as a result of the festival falling through. 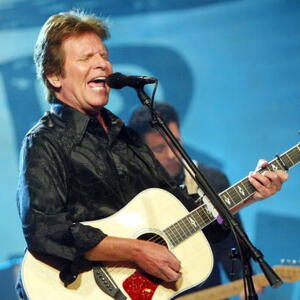