John Entwistle Net Worth: John Entwistle was a British musician, singer, songwriter, and producer who had a net worth of $50 million dollars. John Alec Entwistle was born in Chiswick, London, England in October 1944 and passed away in June 2002. He was best known for being the bass guitar player for the British band The Who.

John started playing the piano at seven years old and switched the trumpet at 11. He played French horn and met Pete Townshend in school as part of the jazz band The Confederates. He switched to guitar and then bass due to his large fingers and fondness for low notes. He joined Roger Daltrey's band The Detours. The band known as The Who formed in 1964. The Who has sold over 100 million records. They have recorded 11 studio albums and their hits include "I Can't Explain", "My Generation", "Substitute", "Happy Jack", "I Can See for Miles", "Pinball Wizard", and "Baba O'Riley". In 1990 The Who was inducted into the Rock and Roll Hall of Fame. Entwistle was named as the greatest bassist of all time by a Rolling Stone readers' poll in 2011. He released seven solo studio albums in addition to his work with The Who. John married his childhood sweetheart Alison Wise in 1967. John Entwistle passed away on June 27, 2002 at the age of 57 due to a heart attack induced by cocaine. 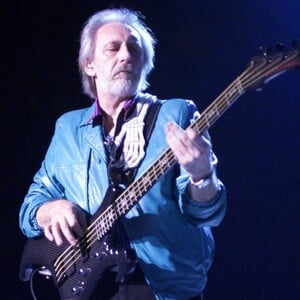