John Densmore net worth: John Densmore is an American musician and songwriter who has a net worth of $14 million. John Densmore was born in Los Angeles, California and went on to attend Santa Monica City College and California State University – Northridge, where he focused on ethnic music. He began performing with The Doors in 1965 and after their break-up in 1973, he formed The Butts Band with former bandmate, Robby Krieger.

He then shifted his focus to the theater, both performing one-man shows, and producing projects. He burst onto the downtown theater scene with his one-act play, "Skins" at La Mama in New York, and then produced the award-winning play "Rounds", and his one-man show, "The King of Jazz". In addition to his theater work, he also appeared in such films as, "Get Crazy" and "The Doors". He formed the group, Tribaljazz, and they released their first album in 2006. He has also written two books about his time with The Doors, "Riders on the Storm", which became a bestseller, and "The Doors Unhinged". 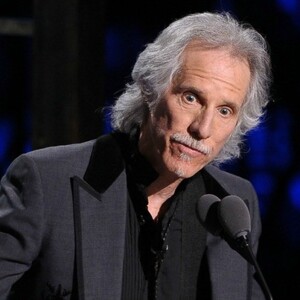