John Coltrane net worth: John Coltrane was an American jazz saxophonist and composer who had a net worth of $500 thousand at the time of his death in 1967. That's the same as around $4 million in today's dollars after adjusting for inflation. He died in July 1967 at the age of 40.

John Coltrane was born in Hamlet, North Carolina on September 23, 1926. He was at the forefront of free jazz and helped pioneer the use of modes. Coltrane worked in the bebop and hard bop genres and led at least 50 recording sessions. He was featured on works by other artists including Thelonious Monk and Miles Davis. Coltrane received many awards including a Pulitzer Prize. He was married to pianist Alice Coltrane and their con Ravi Coltrane is a saxophonist. John Coltrane released 45 studio albums on labels including Prestige Records, Blue Note Records, Atlantic Records, and more starting with his debut album Coltrane in 1957. He was awarded a Grammy Lifetime Achievement Award in 1997 and won a posthumous Grammy Award for Best Jazz Solo Performance. John Coltrane passed away on July 17, 1967 at 40 years old from liver cancer. 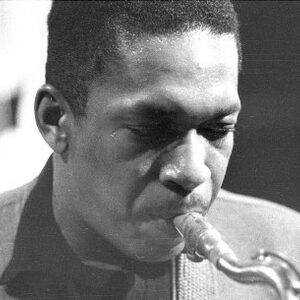