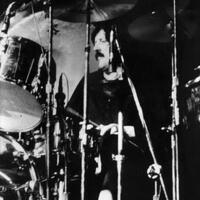 What was John Bonham's Net Worth?

John Bonham was an English musician and songwriter who had a net worth equal to $10 million at the time of his death in 1980, after adjusting for inflation. John Bonham was best known as the drummer of the classic rock band Led Zeppelin. Renowned for his hard-hitting style and widely considered to be one of the greatest rock drummers in history, he also played for such acts as Screaming Lord Sutch, Jimmy Stevens, and Wings. Bonham passed away in 1980 at the age of 32 after a day of excessive alcohol consumption, after which Led Zeppelin disbanded.

In September 1980 all four members of Led Zeppelin had begun rehearsing in preparation for their first tour of North America since 1977, which was planned to kick off in Montreal, Canada. The rehearsals took place near Jimmy Page's Windsor home where the band was staying. During the journey to rehearsal, Bonham reportedly asked to stop for breakfast, where he proceeded to drink four quadruple vodkas (equal to sixteen shots). He then continued to drink heavily after arriving to rehearsal. The band stopped rehearsing late in the evening and the all retired to Page's house, the Old Mill House in Clewer, Windsor—where John Paul Jones and Benje LeFevre (Led Zeppelin's road manager) discovered Bonham's body in the morning hours of September 25, 1980. Bonham died tragically due to aspiration of vomit during his sleep. John Bonham was only 32.

John Bonham was born on May 31, 1948 in Redditch, Worcestershire, England to Jack and Joan. He has a younger sister named Deborah, and had a younger brother named Mick who passed away in 2000. Inspired by Max Roach, Buddy Rich, and Gene Krupa, Bonham began playing the drums at the age of five, using containers and coffee tins as his instruments. When he was ten, he received a snare drum from his mother, and at 15 was given a Premier Percussion drum kit from his father. For his formal education, Bonham attended Lodge Farm Secondary Modern School.

After leaving school in 1964, Bonham worked as an apprentice carpenter for his father while performing with various local bands, including Terry Webb and the Spiders, the Nicky James Movement, and the Senators. He went on to join the band A Way of Life, and then the blues group Crawling King Snakes, which featured his future Led Zeppelin band mate Robert Plant. When Plant subsequently formed Band of Joy, Bonham joined as the drummer.

Following the 1968 breakup of the band the Yardbirds, that group's guitarist Jimmy Page decided to form another band. He recruited Plant, who in turn suggested Bonham to become the drummer; meanwhile, John Paul Jones joined as bassist. The band, originally called the New Yardbirds, soon became Led Zeppelin. Credited as a progenitor of hard rock, Led Zeppelin went on to become one of the most acclaimed and best-selling musical acts of all time. The band released eight studio albums from 1969 to 1979, all of which reached number one on the UK Albums Chart and seven of which peaked atop the US Billboard 200. Some of Led Zeppelin's most popular songs are "Good Times Bad Times," "Ramble On," "Whole Lotta Love," "Stairway to Heaven," and "Kashmir."

As the drummer of Led Zeppelin, Bonham quickly became renowned for his fast, hard-hitting rock style. His most famous drum solo, "Moby Dick," was featured on the album "Led Zeppelin II" in 1969; it went on to become a staple at Zeppelin concerts, where it often lasted for upwards of 20 minutes. Bonham's furious drumming is also especially pronounced on such tracks as "Immigrant Song," "When the Levee Breaks," "The Ocean," and "Achilles Last Stand." On later albums, his drumming took on some funk and Latin influences, such as on the songs "Royal Orleans" and "Fool in the Rain."

Beyond Led Zeppelin, Bonham collaborated with a variety of other artists. In 1969, he made an appearance on the Family Dogg's debut album "A Way of Life," which also featured contributions from Zeppelin's Page and Jones. The next year, Bonham performed with Screaming Lord Sutch on his debut album "Lord Sutch and Heavy Friends." In 1971, he contributed to Lulu's single "Everybody Clap," and in 1972 appeared on Jimmy Stevens' album "Don't Freak Me Out." Among his other music contributions, Bonham drummed for Paul McCartney and Wings and for singer-songwriter Roy Wood.

With his wife Pat Phillips, Bonham had a daughter named Zoë and a son named Jason Bonham. The former child is a singer-songwriter and the latter is a drummer who has played with numerous bands.

In September of 1980, Bonham was picked up to attend rehearsals for an upcoming North American tour. After requesting a stop for breakfast, he proceeded to consume four quadruple vodka screwdrivers. Bonham continued drinking heavily during rehearsals, which ended late in the evening; he subsequently fell asleep. The following afternoon, Bonham was found unresponsive and was pronounced dead. He was 32 years of age. A later inquest revealed that he had consumed around 40 shots of vodka within 24 hours, leading to pulmonary aspiration. Led Zeppelin chose to disband in honor of their late band mate.

Bonham's legacy remains far-reaching in the music world. Regarded as one of the greatest and most influential rock drummers in history, he was posthumously inducted into the Rock and Roll Hall of Fame with Led Zeppelin in 1995. Later, in 2016, he was named the greatest drummer of all time by Rolling Stone magazine. Bonham has also been honored with a blue plaque and a bronze statue of his likeness in his hometown of Redditch. Meanwhile, his influence can be heard in the playing of a wide range of drummers, including Chad Smith, Tommy Lee, Dave Grohl, John Dolmayan, Shinya, and Brad Wilk.