Joey Kramer Net Worth: Joey Kramer is an American musician, most notable for his association with the band Aerosmith, who has a net worth $100 million. Joey Kramer is actually credited with coming up with the band's name. He reportedly conceived of the name in 1968, two years before the band formed, while listening to the Harry Nilsson album "Ariel Ballet".

Joey Kramer was born on June, 21st, 1950 in New York. In 1970 Joey reconnected with a friend, Steven Tyler, who had recently joined forces with Joe Perry and Tom Hamilton and were in need of a drummer for a band. This was the birth of the band that would become known as Aerosmith. During the formation of the band, Joey was the one who suggested the name "Aerosmith. In 1973 the band released their self-titled debut album, "Aerosmith," and took to the road. Their endless roadwork paid off in Platinum and exploded into sold out pandemonium culminating before massive crowds of over 80,000 at the legendary Texxas Jam, and to a sea of over 350,000 at the famous CAL Jam in 1978. Over the next several decades, Aerosmith would go on to sell more than 150 million albums worldwide and would conduct dozens of extremely successful tours.

Joey has been known to amuse concert goers during his drum solos by striking the drums with his arms, elbows and even his forehead. For more than 30 years he has combined emotional feel with technical virtuosity to convey the musical ideas of his band mates in Aerosmith while evolving into one of rock's greatest drummers. His meticulous timing and solid grooves have contributed as much to the sound of Aerosmith albums such as "Toys In The Attic," "Rocks," "Permanent Vacation," "Pump," and "Just Push Play" as Steven Tyler's voice and Joe Perry's guitar.

Joey's son Jessey also plays drums. He filled in for Joey in 2005 at several Aerosmith shows while Joey was recovering from strained muscles. In January 2020 Joey was blocked by the band from performing at the Grammys. Joey had reportedly not played with the band in over six months and was deemed not up for the concert. 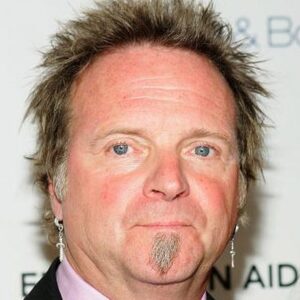