Joey Jordison net worth: Joey Jordison was an American musician, songwriter, and record producer who had a net worth of $5 million at the time of his death. Joey Jordison was born Nathan Jonas Jordison in Des Moines, Iowa in April 1975. Jordison is best known for being the former drummer and co-songwriter of the heavy metal band Slipknot.

He played guitar in the band Murderdolls and later in his career was the drummer for the band Scar the Martyr. He played in Slipknot from the band's formation in 1995 until December 2013. In 2016 he announced the formation of a new band called Vimic. Jordison got his first drum kid at eight years old. With Slipknot he played on four studio albums and produced a live album. He has also played with other heavy metal bands including Korn, Metallica, Rob Zombie, and Ministry. As an actor he also appeared in the 2002 movie Rollerball and an episode of the TV series Dawson's Creek. 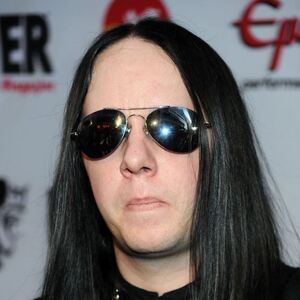