What is Joel Madden's Net Worth?

Joel Madden is an American singer, record producer, actor, DJ and UNICEF Goodwill Ambassador who has a net worth of $40 million dollars. That is a combined net worth with his wife Nicole Richie. Joel Madden is best known as the lead vocalist of the rock band Good Charlotte. With the band, he has released such albums as "The Young and the Hopeless," "The Chronicles of Life and Death," "Youth Authority," and "Generation Rx."

As of this writing, the band has released a total of seven albums and has sold 10 million copies worldwide. Beyond Good Charlotte, Madden performs with his identical twin brother Benji as part of the pop rock duo The Madden Brothers.

He was born Joel Rueben Combs on March 11, 1979, in Waldorf, Maryland. He has three siblings: an identical twin named Benji, an older brother named Josh, and a younger sister named Sarah. As a teen, Madden went to La Plata High School in La Plata, Maryland.

Raised in an ordinary middle class family, Joel and his identical twin brother Benji Madden showed their interest in music at an early age, learning to sing and play their instruments on their own.

At the age of 16 in 1995, Madden and his brother Benji partnered with a friend to form their own band. Eventually, they recruited fellow classmates Aaron Escolopio on drums, Paul Thomas on bass, and Billy Martin on guitar, and took the name Good Charlotte.

Good Charlotte released its self-titled debut album in 2000. Although it won favorable reviews from critics, the album initially struggled commercially, only making it to number 185 on the Billboard 200. Greater success came in 2002, when Good Charlotte had its breakthrough with "The Young and the Hopeless." Spawning the hit singles "The Anthem," "Lifestyles of the Rich and Famous," and "Girls & Boys," the album sold 3.5 million copies in the US and was certified triple-Platinum by the RIAA. Following this, the band released another successful album, "The Chronicles of Life and Death," which featured the hit singles "Predictable" and "I Just Wanna Live." In 2007, Good Charlotte put out "Good Morning Revival"; it debuted at number seven on the Billboard 200, and produced the singles "The River" and "Dance Floor Anthem." Subsequent albums include 2010's "Cardiology," 2016's "Youth Authority," and 2018's "Generation Rx." 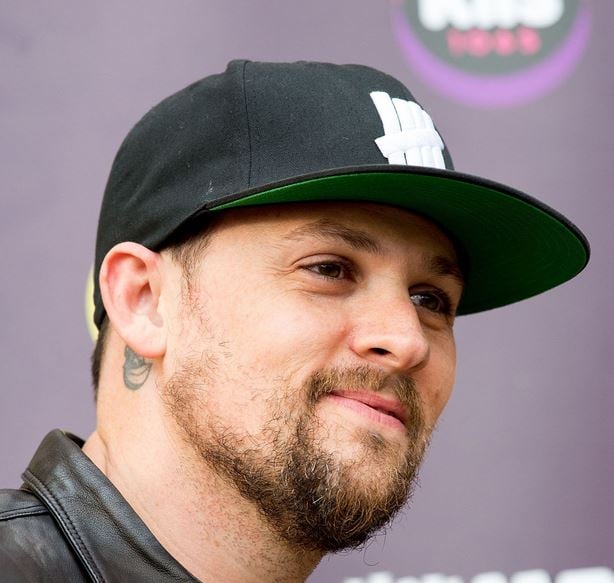 In 2011, Madden and his twin brother Benji began working on a musical side project separate from Good Charlotte. They released a mixtape called "Before – Volume One," which features such artists as Machine Gun Kelly, Wiz Khalifa, Detail, Tayyib Ali, and Billy Blue. Later, in 2014, the brothers officially formed The Madden Brothers, and released their first single, "We Are Done." The track went on to become a top-40 hit on the Alternative Radio charts. Subsequently, The Madden Brothers released their debut album, entitled "Greetings from California," in September of 2014.

Madden has collaborated with other artists beyond those involved with Good Charlotte. He has been featured on such songs as "Incomplete and All Alone" by Blood on the Dance Floor and "City of Sin" by Alex Kunnari and Heikki L. Additionally, he provided production and songwriting assistance to the Australian band 5 Seconds of Summer on both their first and second albums.

Over his career, Madden has made a number of appearances in film and on television. In 2001, he and his fellow members from Good Charlotte made cameo appearances in the parody film "Not Another Teen Movie." He made further cameos in 2004's "Fat Albert" and 2006's "Material Girls," appearing in the latter alongside his brother Benji. On television, Madden appeared on the Nickelodeon musical comedy series "The Naked Brothers Band," and in 2015, had a guest appearance on the Fox series "Empire." Additionally, Madden served as a vocal coach on five seasons of the reality singing competition show "The Voice Australia." With his brother Benji, he also served as a coach on "The Voice Kids" in 2014.

Beyond the media, Madden established a clothing line called MADE Clothing with his brothers Benji and Josh. The brand was renamed DCMA Collective, and was later shuttered.

On the philanthropic side of things, Madden co-founded The Richie Madden Children's Foundation with Nicole Richie in 2007. The organization was created to inspire moms and their families to purchase items from an online registry. Additionally, Madden is a UNICEF Goodwill Ambassador, and, along with his brother, contributed to the charity single "We Are the World 25 for Haiti" in 2010.

In 2005, when he was 25, Joel dated the 16-year-old Hillary Duff. Despite the relationship being illegal due to Duff's underage status, the media largely ignored this fact at the time. They broke up in 2006. That same year, Joel began dating Nicole Richie, daughter of singer Lionel Richie. Joel and Nicole married in 2010. They have two children together. Joel and Nicole maintain residences in Sydney, Australia and Los Angeles.

Nicole introduced Joel's brother Benji to actress Cameron Diaz. Cameron and Benji married in 2015 and welcomed a daughter in 2020.

In 2015, Joel and Nicole paid $6.7 million for a property in the Beverly Crest neighborhood of the Santa Monica Mountains. The westside Los Angeles property features 5,515 square feet of living space, a two-car garage, and a swimming pool. The house was built in 1957 and was once owned by actor Jack Nicholson. In June 2021 they sold this home to Adele for $10 million.

In September 2021 Joel and Nicole paid $10.2 million for a home in their previous neighborhood. 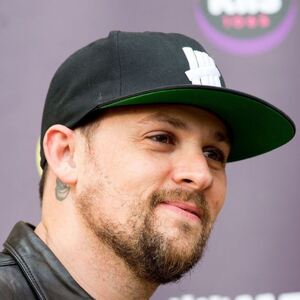