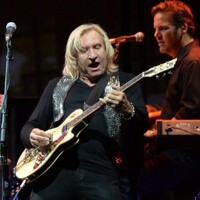 What is Joe Walsh's net worth?

Joe Walsh is an American musician, singer-songwriter, record producer, and actor who has a net worth of $75 million. He is best known for being a guitarist and vocalist for the popular American rock band Eagles. Joe has also enjoyed a successful solo career.

Joseph Fidler Walsh was born in Wichita, Kansas on November 20, 1947. He came from a musical family, as his mother was a classically trained pianist. Walsh was adopted by his stepfather at age five after his biological dad was killed in a plane crash. The family lived in Columbus, Ohio for many years during his youth. He got his first guitar at age 10 and learned The Ventures' "Walk Don't Run."  At 12, the family moved to New York City, and later attended Montclair High School where Walsh played oboe in his school band. He became part of a popular local band the Nomads and then played in various bands while attending college at Kent State University. Walsh majored in English and minored in music and was present during the Kent State massacre in 1970, after which he dropped out of the university.

After leaving school, Joe Walsh reached a national audience when he became lead guitarist of the James Gang. The James Gang opened up for The Who on a European tour and had several minor hits, including "Funk #49," which highlighted his skills as both a singer and a guitarist. Walsh left James Gang in 1972 and formed Barnstorm with college friend Joe Vitale and bassist Kenny Passarelli. The band stayed together for three years and produced three albums. Their last album, 1974's "So What", contained many guest contributions from several members of the Eagles. Walsh's producer Bill Szymczyk was also the producer of the Eagles and Szymczyk suggested Walsh join the Eagles.

The hard-rocking tune "Life in the Fast Lane" was based around a riff by Walsh and reached No. 11 on the charts.

The next year, the Eagles released their first compilation album, "Their Greatest Hits (1971-1975)" which became the highest-selling album of the 20th century in the United States.  Their next album, 1979's "The Long Run" took two years to complete and was considered a disappointing follow up by some critics compared to "Hotel California", but still proved a huge commercial hit for the band. The album topped the charts and sold 7 million copies. Three top ten singles by Walsh received considerable airplay: "Heartache Tonight," The Long Run," and "I Can't Tell You Why." The Eagles split up in 1980 and took a fourteen-year hiatus, meanwhile, Walsh went his own separate way entirely.

Walsh had already forged a solo career while part of the Eagles, releasing albums such as "So What," "You Can't Argue with a Sick Mind," and 1978's "But Seriously, Folks…" Following the break up of the Eagles, he continued to release solo albums throughout the eighties although sales never quite met the same level of his earlier successes. He released "There Goes the Neighborhood" in 1981 and it peaked at No. 20. The album spawned just one single, but it went on to become one of Walsh's most popular tunes, "A Life of Illusion." In May 1983, Walsh released "You Bought it — You Name It", which was largely negatively reviewed by critics. He released two more albums in the eighties that were deemed commercial disappointments. Walsh went on to release four more albums: 1991's "Ordinary Average Guy," "Songs for a Dying Planet" in 1992, "Analog Man" in 2012,' and 2013's "All Night Long: Live in Dallas."

Over the years, Walsh collaborated with countless big names in the music industry, including BB King, Dan Fogelberg, Randy Newman, Bob Seegar, Ringo Starr, Sheryl Crow, Warren Zevon, and many others. In 2001, he joined the Eagles reunion and resumed touring with them. 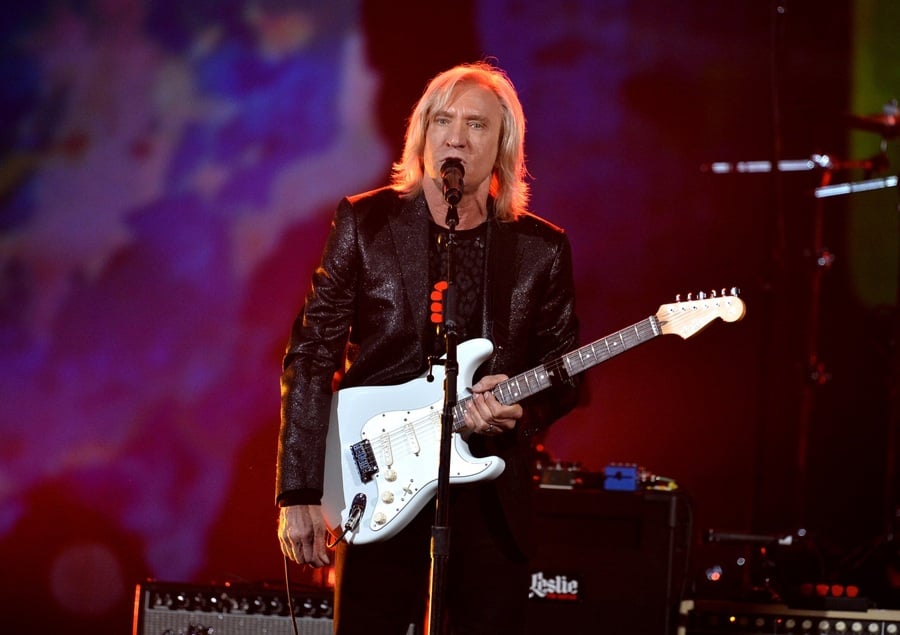 He has appeared in The Blues Brothers, RoboCop, The Drew Carey Show, MADtv, and The Voice. Walsh has long been active in preserving Santa Cruz Island's parks, and is President of the Santa Cruz Island Foundation. He had a mock presidential campaign in 1980 where he promised free gas for everyone. In 2012 he told WASH FM that he would seriously consider running for Congress. In 2017, Walsh organized and performed in what became VetsAid, a concert series similar to the likes of Willie Nelson's Farm Aid.

Walsh's eldest daughter Emma Kristen (b.1971) died at age 3 due to a car accident on her way to nursery school. Walsh's daughter Lucy Walsh is also a solo musician. Walsh admits to struggling with alcohol and drug additions for much of his early career. He has been in recovery since 1993.

For roughly three decades his primary home was a mansion in Studio City, California which he sold in 2018 for $1.9 million. In 2013 Joe paid $3.95 million for a home above Beverly Hills, California. He listed the home for sale in May 2019 for $5.3 million, and ultimately $4.6 million in October 2019. Here is a video walk through of the home:

He owns a second home in the so-called "Beverly Hills Post Office" area, which he bought in 2008 for $4.5 million.

Walsh has been ranked #54 by Rolling Stone in the 100 Greatest Guitarists of All Time. As part of the Eagles, Walsh won five Grammy Awards. He was inducted into the Rock and Roll Hall of Fame with the Eagles in 1998. Walsh's guitar solo for Hotel California was selected the best guitar solo of all time by Guitarist magazine in 1998. His guitar work has been praised by Jimmy Page, Eric Clapton, and Pete Townshend. He has produced albums for Ringo Starr and Dan Fogelberg.